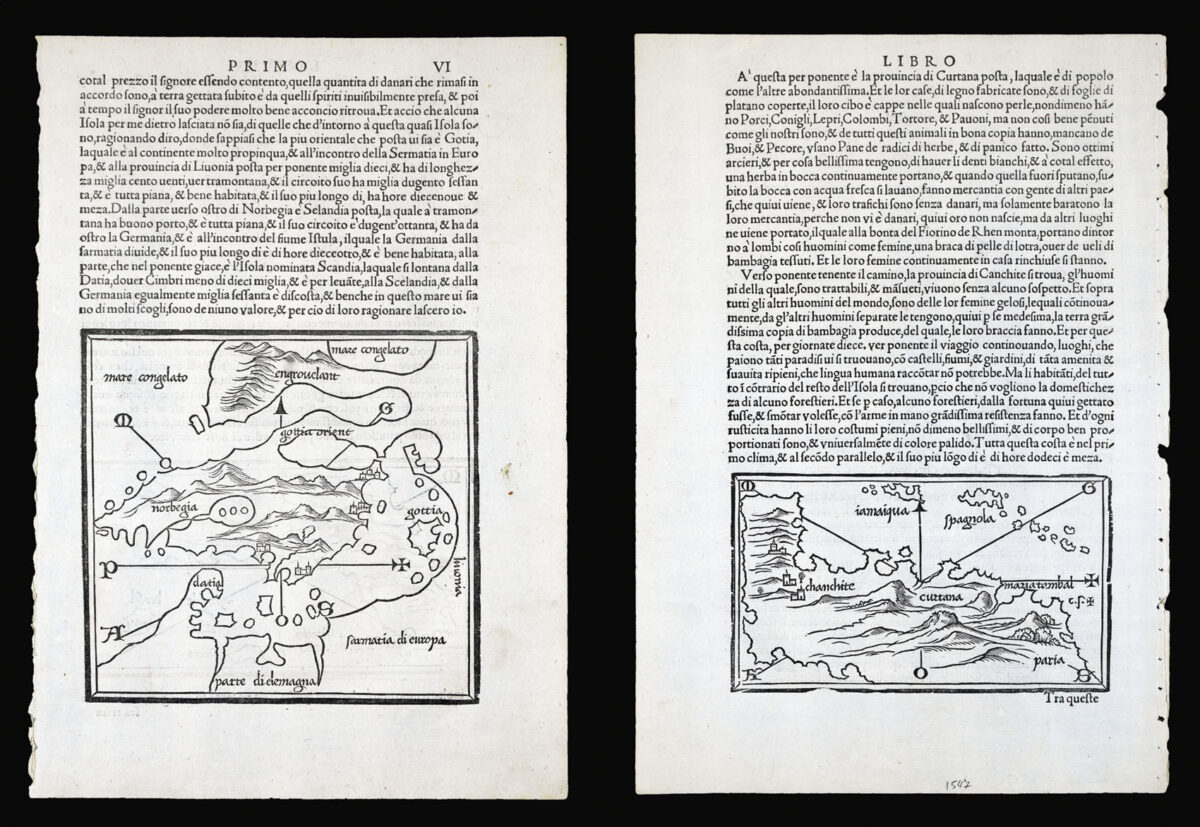 Untitled Maps of North and South America and the Caribbean Islands

Bordone’s maps of North and South America are among the earliest obtainable of the American continent. First published in Bordone’s ​‘Libro di Benedetto Bordone nel qual si ragiona de tutte l’isole del mondo’ of 1528, these examples appear on the verso of leaves ​‘VI’ and ​‘XI’ and are from the 1547 edition of his atlas of islands, or isolario.

The North American landmass is labeled ​‘Terra de lavoratore’ after João Fernandes of the Azores. The geography of the coastline is derived from maps of north-east Asia, which is understandable as the two continents were often seen as interrelated at the time. The area marked ​‘Stretto pte del modo novo’ roughly corresponds to the Caribbean, with the northernmost point of South America visible just below. The fictitious islands of Brasil and Asmaide appear in the Atlantic, as they did on other maps from this period. The map is derived from Bordone’s world map, also published in his ​‘Isolario’.

The map of South America includes the Caribbean islands of Jamaica — ​‘Iamaiqua’, and Hispaniola — ​‘Spagnola’. On the mainland, four major regions are identified: ​‘Chanchite’ which roughly equates to Colombia, ​‘Cuztana, ​‘Maziatombal’ which is thought to be the Amazon River, and ​‘Paria’, possibly eastern Venezuela.

Bordone’s was the first printed isolario to encompass the entire world, and arguably is therefore the first atlas to completely shed Ptolemy’s classical bonds. The only isolario to precede it was the little book of Bartolomeo dalli Sonetti, 1485, which covered only the Aegean islands. Waldseemuller’s 1513 edition of Ptolemy’s geography did include new modern maps of the new modern world, but is still essentially a Ptolemaic work.

Bordone’s isolario boasts many cornerstone maps, and is the first atlas ever to contain separate maps of North and South America, and the first to contain regional maps of America.

The isolario, or book of islands, was a popular genre that had first appeared in manuscript examples by Cristoforo Buondelmonte dating from the early fifteenth century, then in printed versions by Bartolommeo dalli Sonetti from the late 1400s. More so than its predecessors, the isolario first published in 1528 by Venice-based cartographer Benedetto Bordone was formative for Renaissance geographical conceptions. Bordone’s early sixteenth-century treatment of the island-atlas theme greatly expanded upon the earlier works, augmenting the conventional focus on the eastern Mediterranean to encompass maps of other parts of Europe and the world, stretching as far as the Indian Ocean, the African coastline and the New World. Bordone’s maps of islands in the West Indies, and the Pacific: Sumatra and Java, and even one of Japan based on the suppositions of Marco Polo, although schematic in their outlines (perhaps reflecting the author’s training as a miniaturist as opposed to a cartographer), were among the first nautical charts of these regions to become widely available. 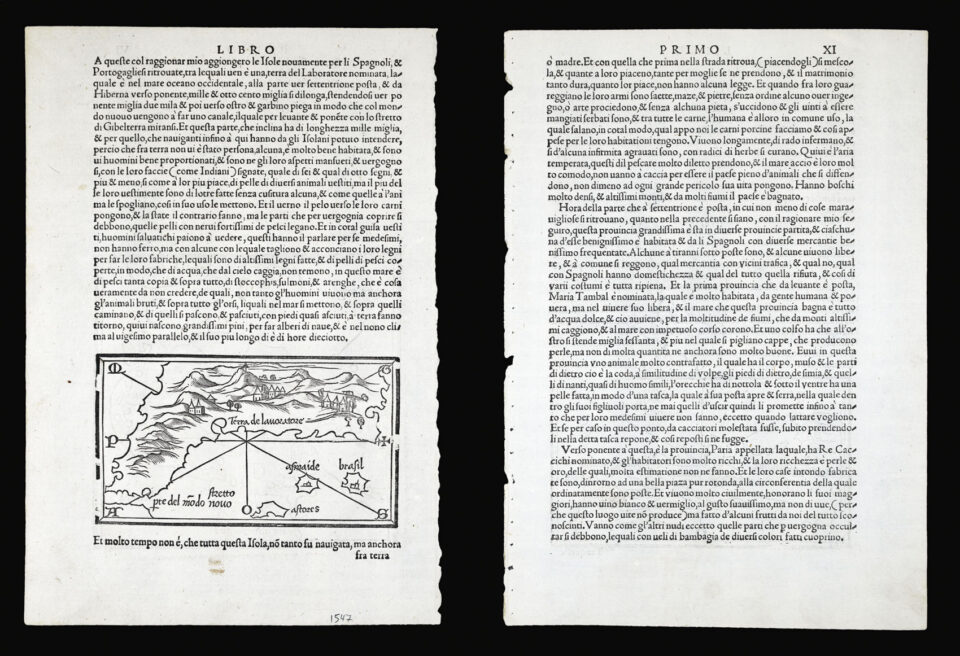