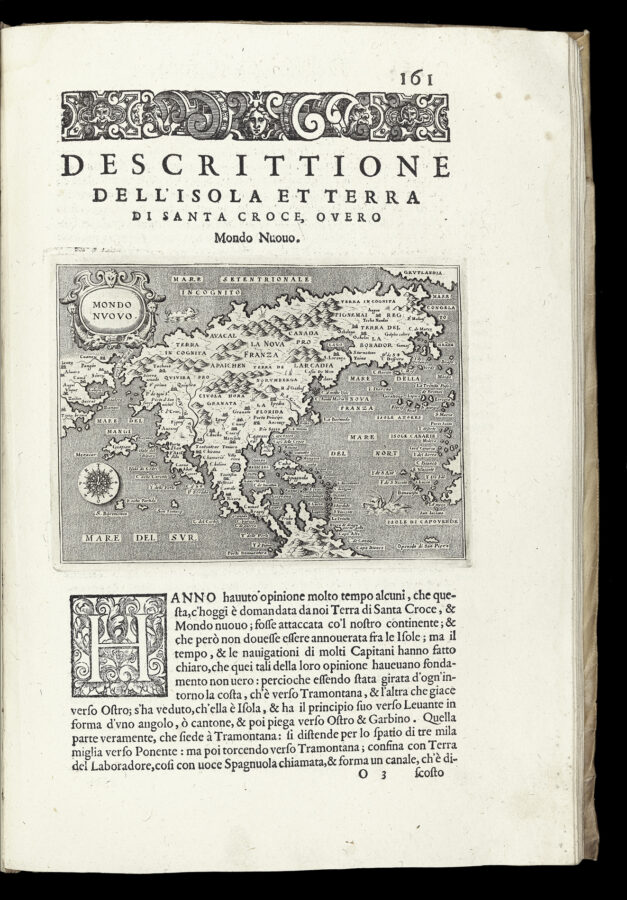 A detailed map of North and Central America, after Forlani’s 1565 map, the first to show North America as a single geographical entity. Forlani’s map was also only the second map after Gastaldi’s 1561 world map to show the Strait of Anian, a hypothetical stretch of water separating separating America and Asia. The existence of this body of water would not be confirmed by a European until Vitus Bering’s 1741 expedition, after which the strait was named after him. The depiction of southwest America and the west coast reflect the discoveries of Coronado’s 1540–42 expedition and the exploration of the West Coast as far as Pont Arena by Cabrillo from 1542–44. California is accurately shown as a peninsula rather than an island, although it bulges in an unorthodox manner. Japan (Giapan) appears between Asia and America.