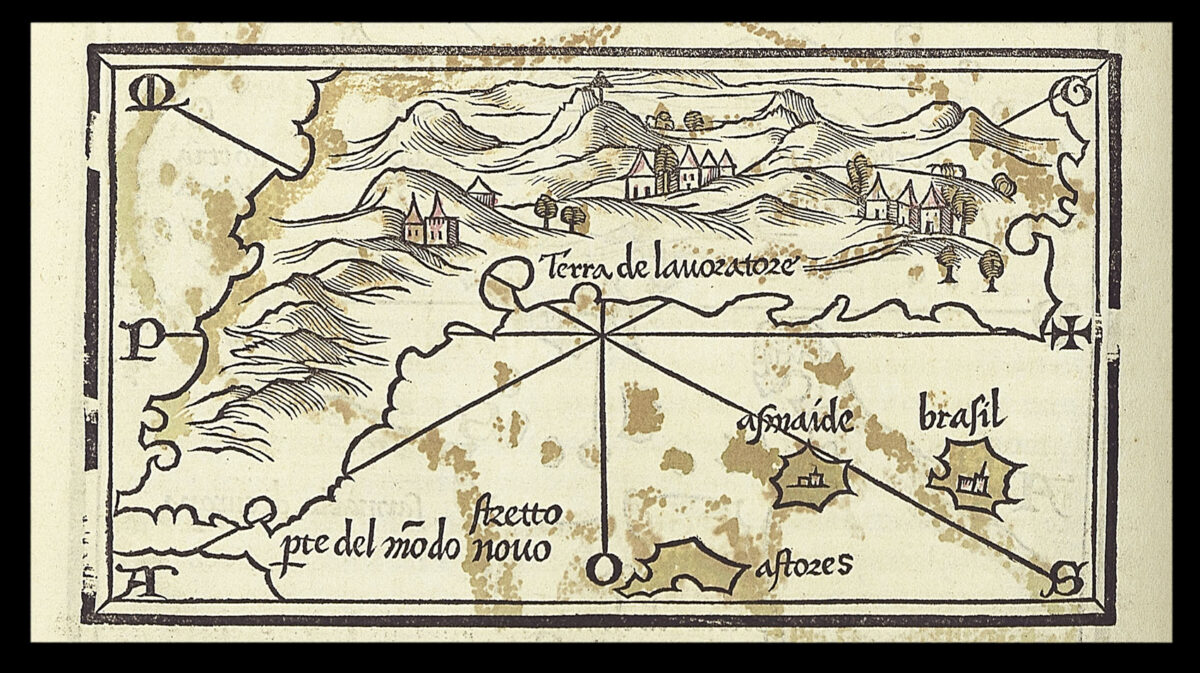 One of the earliest maps to show all of North America, although the geography is derived from that of north-east Asia, as depicted in Bordone’s map of the world: ​“the two often being interrelated at this time” (Burden).

​“Stretto pte del modo novo” depicts the area corresponding to the Caribbean, the land mass shown below it, South America. The fictitious islands of ​“brasil” and ​“asmaide” appear lower left.