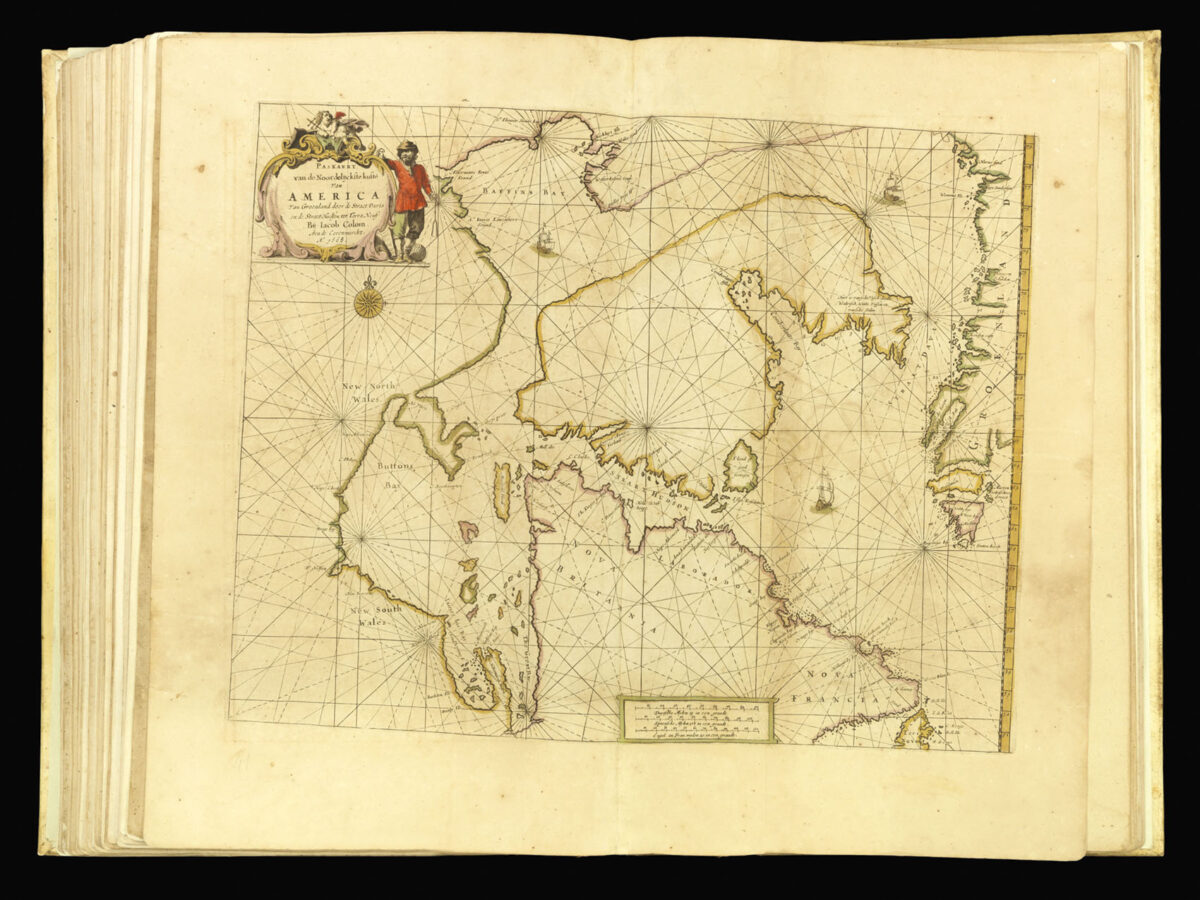 A chart of North America. It shows the recent explorations around Canada, including the places discovered and named by English explorers in the early seventeenth century. Baffin Bay to the north was first described by William Baffin in 1616; further south, ​‘Buttons Bay’ appears, now named after Henry Hudson. The strait navigated by Hudson in 1610 which links the bay with the Labrador Sea also appears, by then an important shipping route for the Hudson Shipping Company. And finally, the Davis Strait between Greenland and Canada, first explored by John Davis and then used for whale hunting. One of seven very rare charts of North America in the atlas.