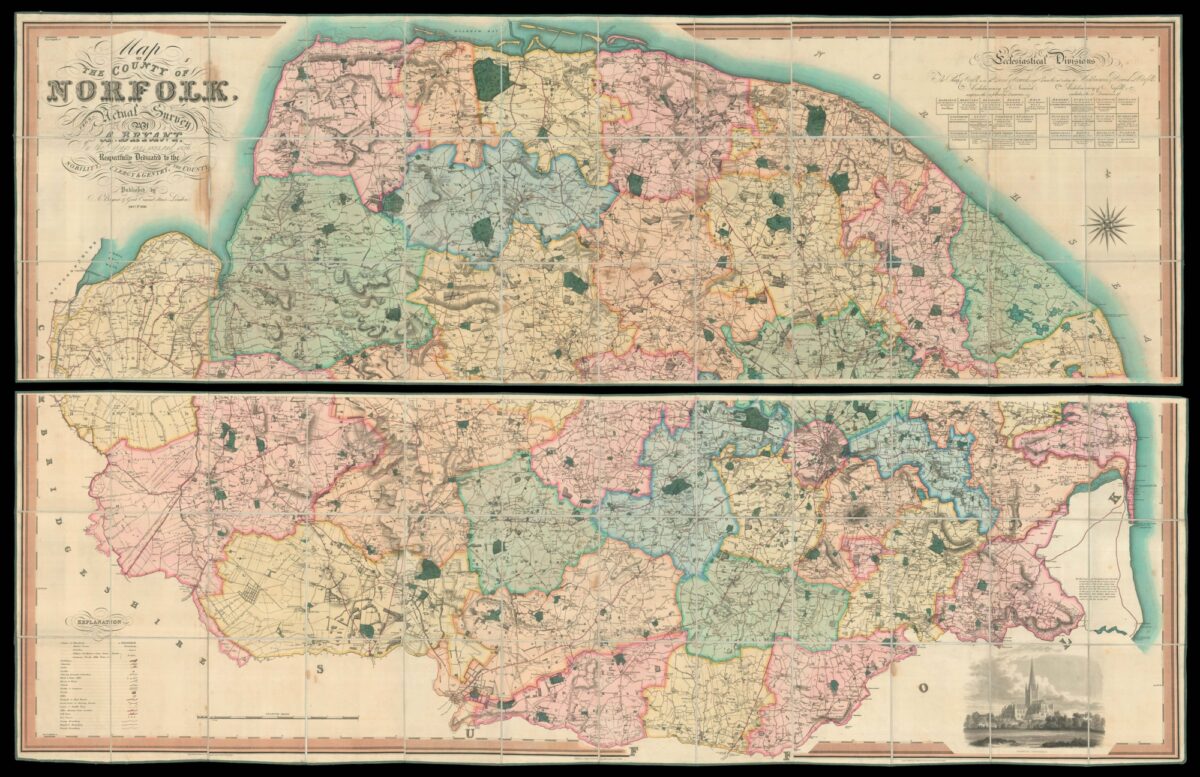 Norfolk — The most important nineteenth century map of Norfolk