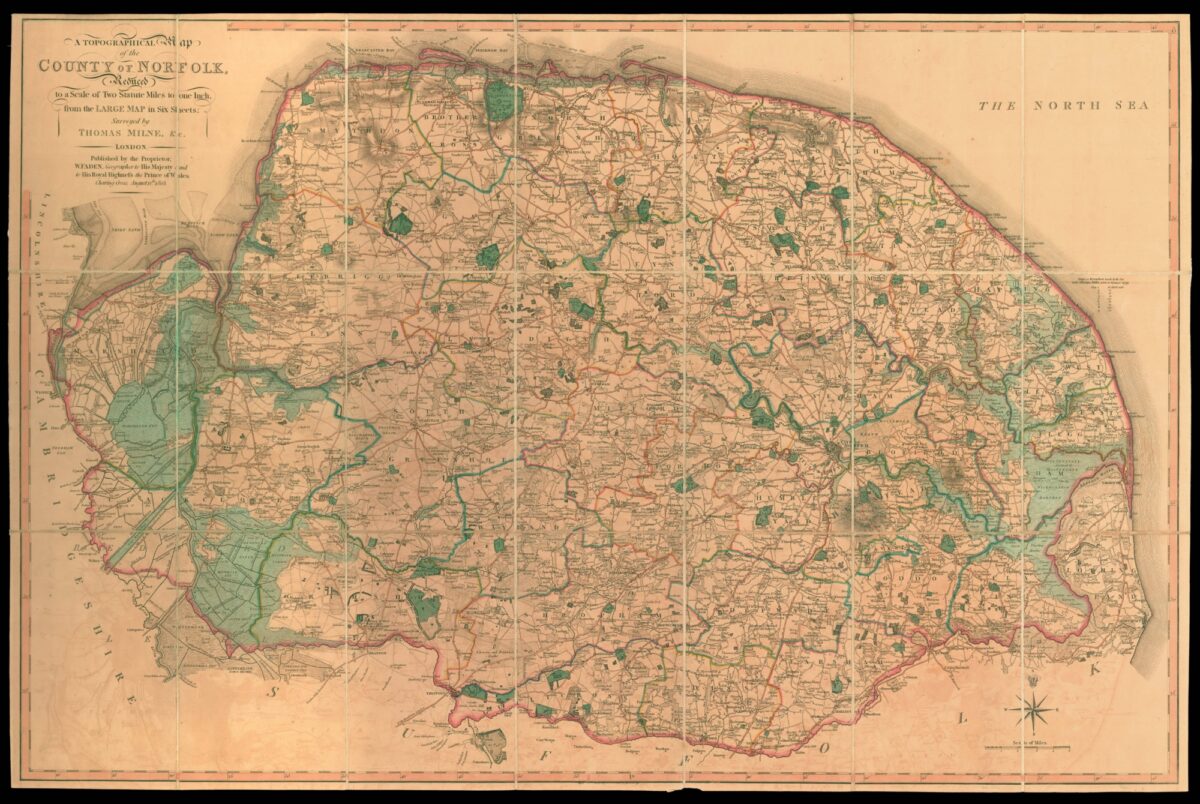 A Topographical Map of the County of Norfolk Reduced to a Scale of Two Statute Miles to one Inch, from the Large Map in Six Sheets; Surveyed by Thomas Milne, &c.

Rare reduction of the first large-scale map of the county.

The map took five years to complete and was the first survey of the county on this scale, finely engraved on six sheets. The single-sheet reduction present here was surprisingly never printed alongside editions of the large-scale survey; indeed it first appeared some six years after the publication of the six-sheet map. It is a true reduction of the latter and includes much of the information found on the larger map, including roads, rivers, fens, towns, villages, gentlemen’s seats, forests and parks.

Bookplate of R.C. Fiske to slipcase.