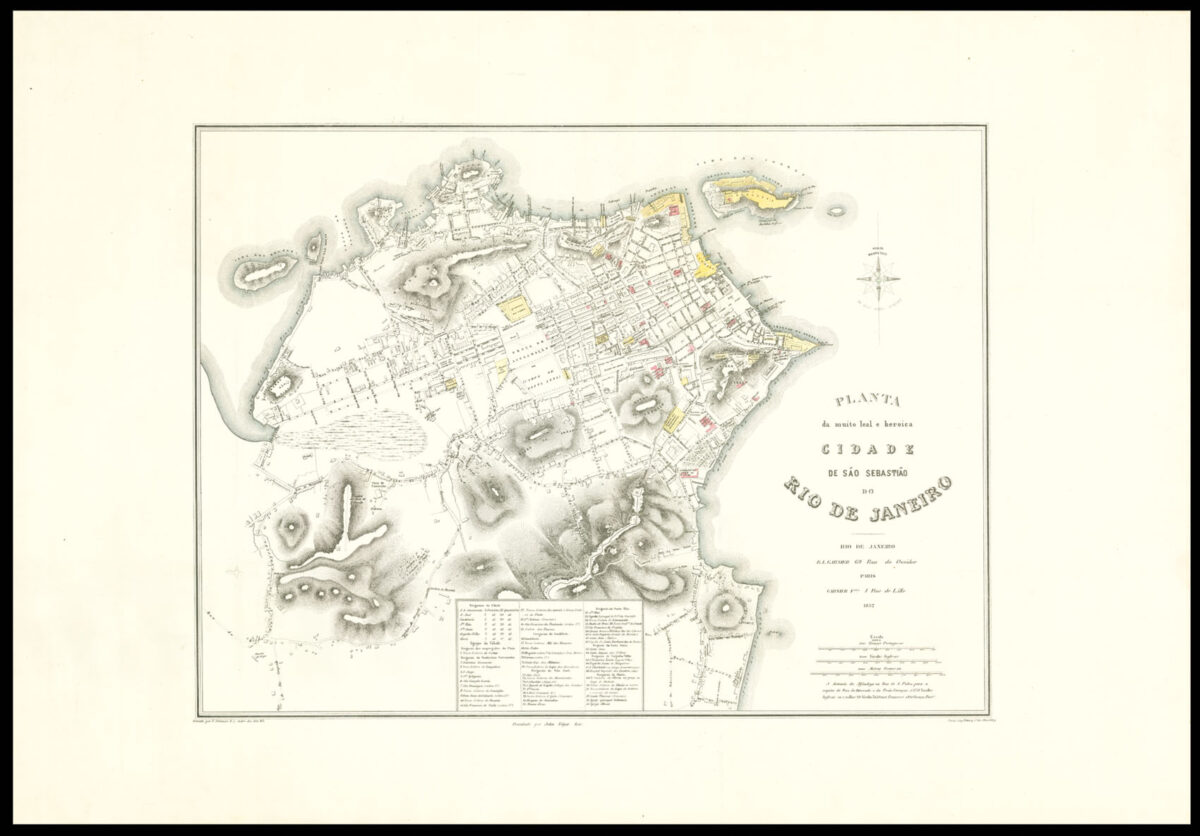 The plan focuses on what is now known as Downtown Rio. Although the city had been the capital of Brazil from as early as 1763, the city gained great prominence in the nineteenth century, by the arrival of the Portuguese Royal Family in 1808, who had fled Napoleon’s army; thus the city became the de facto capital of the Portuguese Empire,

The plan shows the cities gradual expansion west and south. A key below lists districts, churches, monastries, convents, and other religious buildings all highlighted on the plan in red; municipal buildings are highlighted in yellow; all roads are named, as are the aqueduct, the bull ring, and the Russian and United States legations.

We are unable to find any information upon the surveyor, John Edgar Ker, who drew the plan; he is possibly the son of John Bellenden Ker, who worked with the great botanist and explorer Allan Cunningham and tranvelled with him to Sydney and Rio de Janeiro.

Rare we could only trace one institutional example in the Biblioteca Nacional de Brasil.