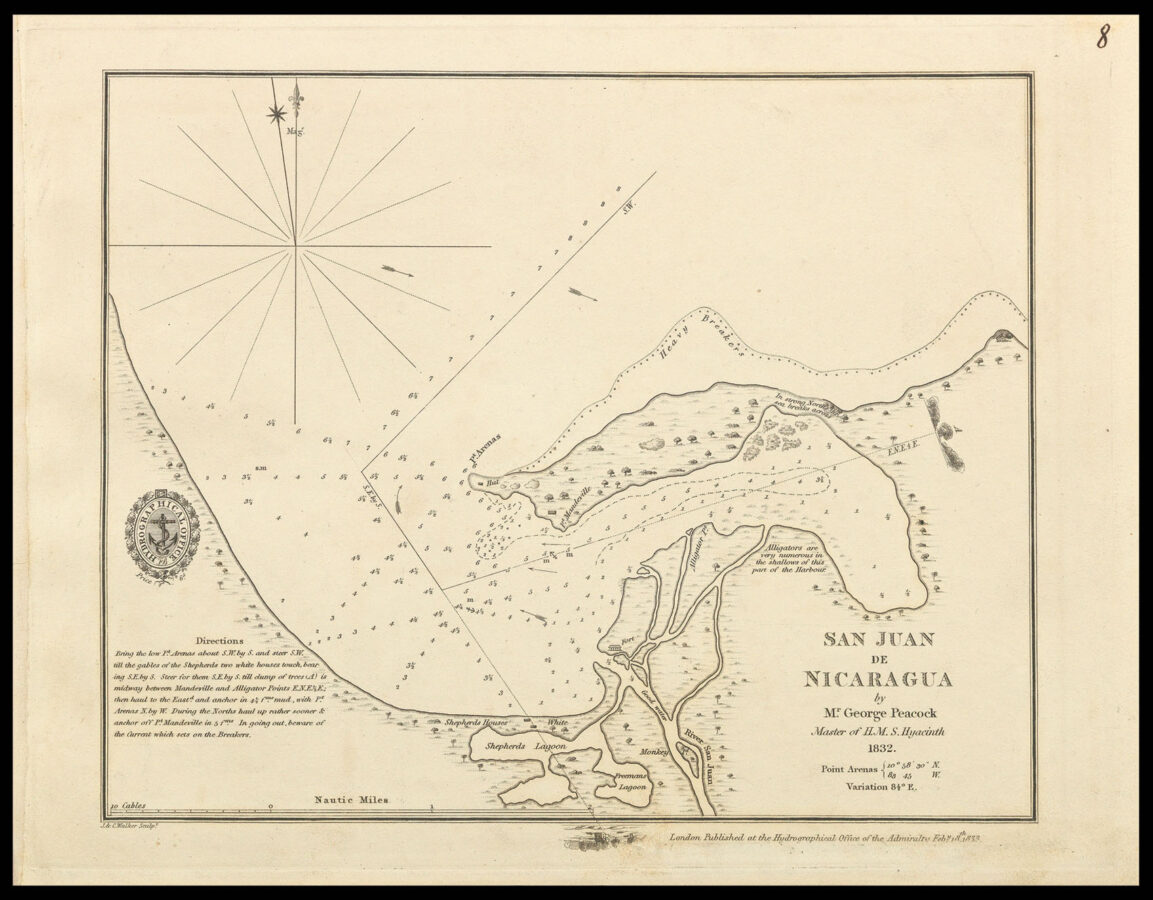 Rare Admiralty chart of the mouth of the Rio San Juan in Nicaragua.

The survey was carried out by George Peacock Master of H.M.S. Hyacinth. The Hyacinth was 18 gun Royal Navy sloop, comissioned to the West India Station on 12th January 1830. During her 42-year career, she was stationed in the West and East Indies from 1829–41, took part in the First Opium War from 1841–42, and from 1843–46 was stationed off the west coast of Africa in the suppression of the slave trade. After being reduced to 14 guns in 1848, she later became a coal hulk at Portsmouth before being broken up in 1871.