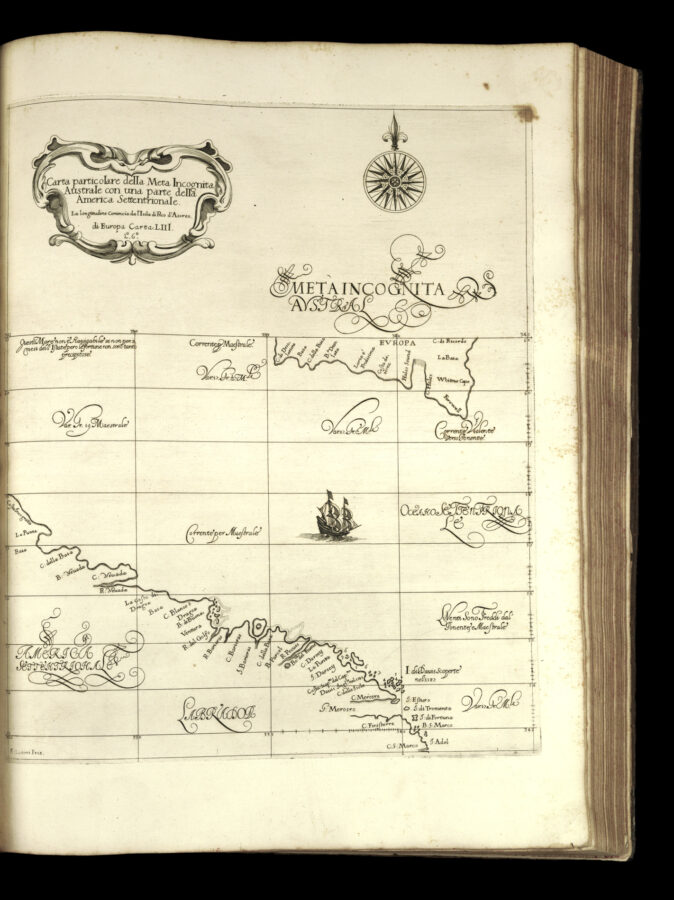 The coast of Newfoundland and Labrador in Canada, showing an uncharted area of the Atalantic Ocean.