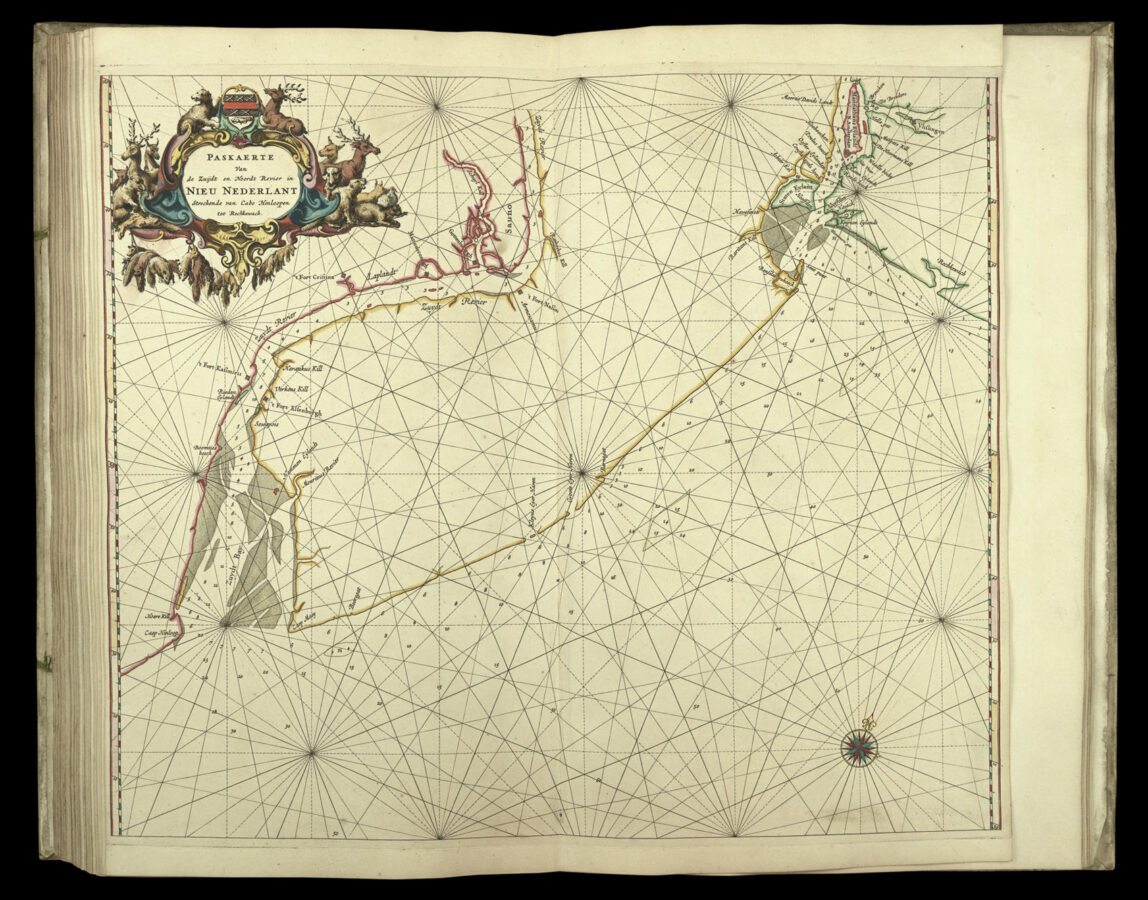 This chart was probably published separately and included for buyers upon request (Burden). It is larger than the other maps in the atlas. It shows the coast of America from New Amsterdam (New York) to the Delaware River. The area of New York is shown in some detail, with Manhattan and Staten Island correctly proportioned: it is only the second map of the city, and the earliest printed map to show the territory which would become New Jersey.

Goos includes a wealth of place names, many given by the Dutch captain Cornelisz Jacobsz. Mey, who brought the first Dutch settlers to New York and was the first director of the colony of Newfoundland. Along the Atlantic coastline Cape Maey (Cape May), Groote Eyer Haven (Great Egg Harbor) and Sant punt (Sandy Hook) can be recognised. On the west bank of what is now the Raritan Bay and the Hudson River is Hooboocken (Hoboken).

The names of the settlements along the Delaware reflect the race to the interior between the Swedish and Dutch from the 1630s to 1650s. The Swedes founded Fort Christina, Fort Elsenburgh and Gottenburg; the Dutch responded with Fort Nassau and Fort Kasimiris. Fort Nassau was the site of the first permanent European settlement in the future state. Constructed in 1623 by men under the command of Captain Mey, the fort was used as a trading post until it was abandoned in 1651. Its location has been disputed, but most agree it was near the confluence of the Delaware River and Timber Creek, the boundary of today’s Camden and Gloucester Counties. By the time the map was made, the entire region belonged to the English, who had conquered New Netherland in 1664. The Dutch were also trying to claim territories further north, although they were eventually forced to cede Manhattan to England in 1674 through the Treaty of Westminster.