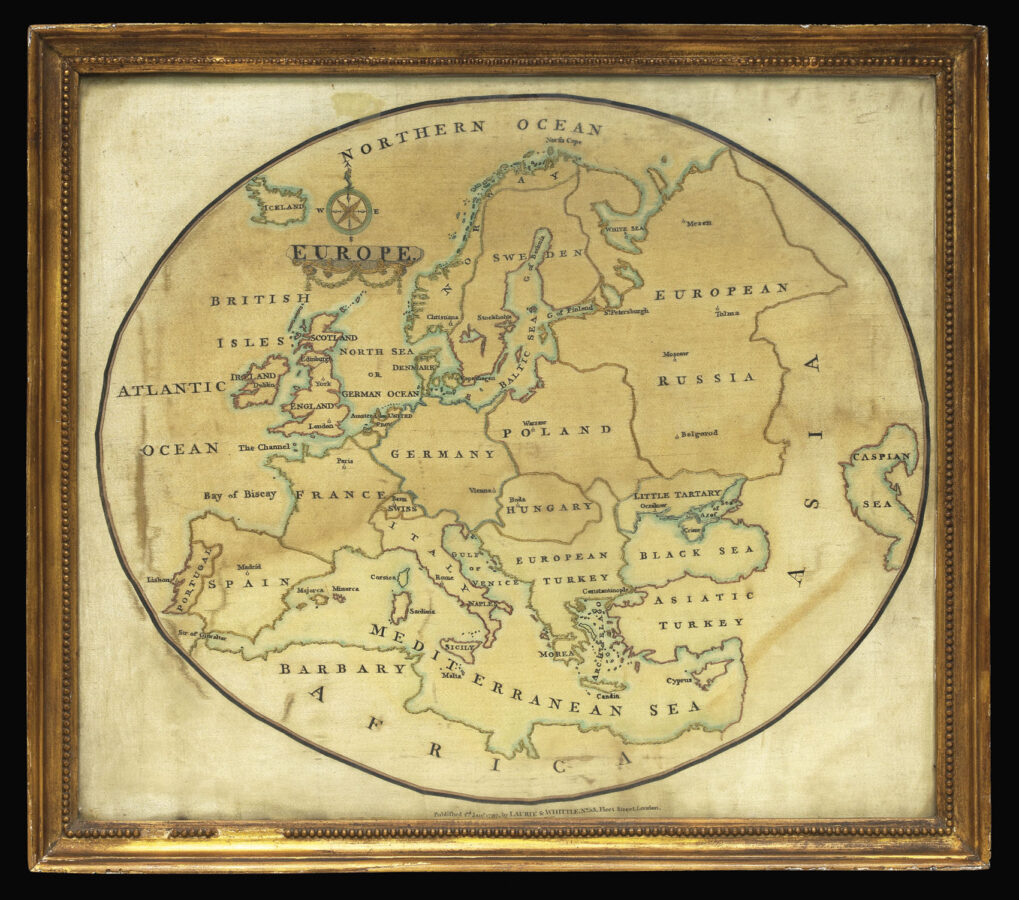 From the 1770s to the 1840s embroidered maps or map samplers were part of a young lady’s education in England and the United States, demonstrating both her grasp of geography and her skill at needlework.

​“By the end of the eighteenth century it became possible to print from an engraved copper plate onto silk, and several British map publishers, especially those which were producing other educational products such as dissected maps, began to print not only paper map patterns, but also engraved maps on silk or satin ​“for young ladies’ needlework”.… the Dartons, Bowles & Carver, John Spilsbury and Laurie & Whittle were the major names. All were map publishers, and they were also involved in the popularity of games and dissected maps. Laurie & Whittle, located in Fleet Street in London, produced a number of silk printed maps, and also maps for embroidery on thin paper. Two copies of their ​‘A New Map of Scotland for Ladies Needle Work on paper still exist at the National Library of Scotland and the Royal Geographical Society”. (Tyner)

Although map samplers are not uncommon, samplers bearing a map publisher’s imprint are very rare; we been unable to trace any institutional examples.