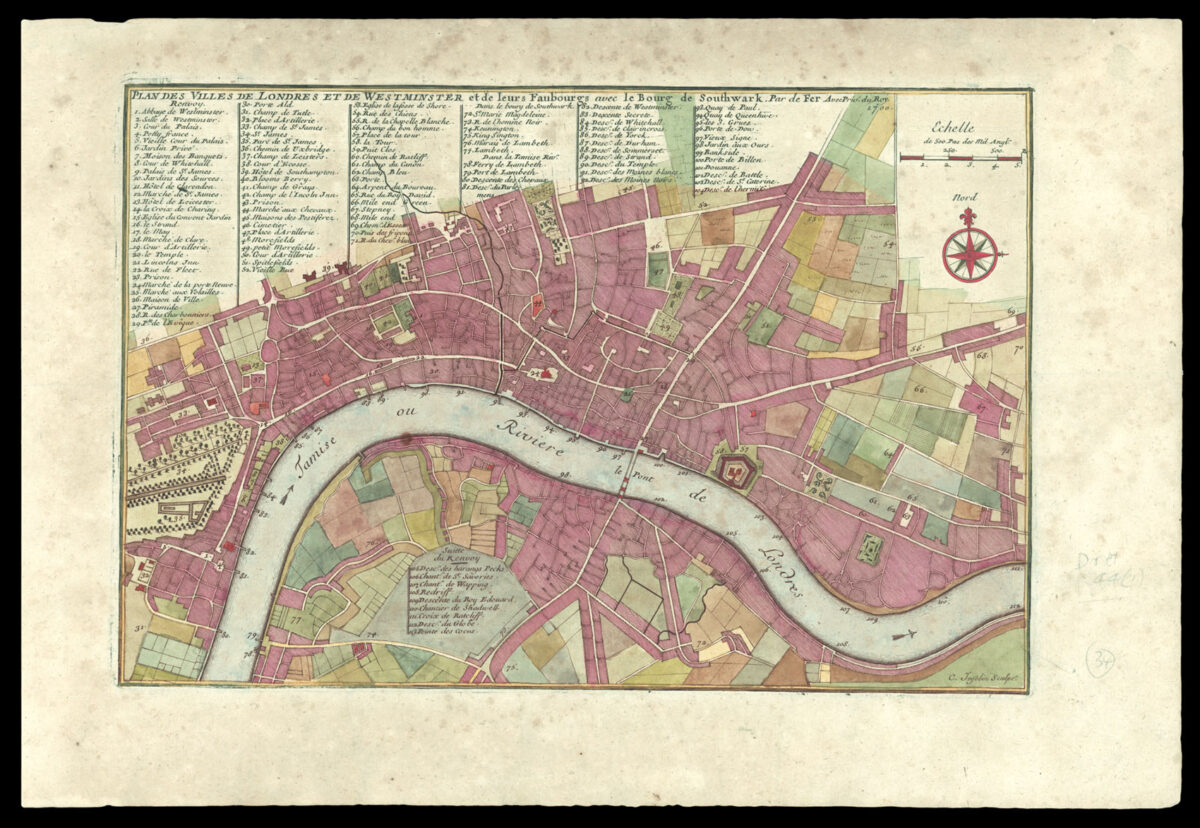 “nearly as big as Paris”

French cartographer, geographer, engraver and publisher Nicholas De Fer (1646–1720) took over the business begun by his father Antoine De Fer. Nicholas was a prolific mapmaker and publisher of over 600 sheet maps, wall maps and atlases. His maps were prized for their decorative qualities rather than the accuracy of their geography. Nonetheless, his reputation grew, culminating in his appointment as Geographer to the King. Among his works are several atlases: France Triomphante in 1693, Forces de L’Europe 1696, Atlas Curieux 1705 and Atlas Royal.

​“At the opening of the eighteenth century … French maps of London were for the most part small and unimportant, being derived from native originals, but it is interesting to find a London map of 1700 published by a Parisian, Nicolas de Fer, being used as a means of showing his pride in his native city. London he says, is ​“nearly as big as Paris”. (Howgego, p. 19)

Nicolas de Fer was a cartographer, engraver and publisher. He was apprenticed to Parisian engraver Louis Spirinx, and made his first map at the age of 23, of the Canal du Midi. His father Antoine was also a printer and his business passed to Nicolas in 1687. The fortunes of the firm improved rapidly under De Fer’s management, and he combined cartographic skill with a keen eye for advancement. In 1689 he produced a map of Franche-Comte to honour the Grand Dauphin’s leadership of a campaign to capture new territories in the Rhine, with a blurb saying that the Dauphin’s conquests had lent legitimacy to the campaign. He then became official geographer to the Dauphin.