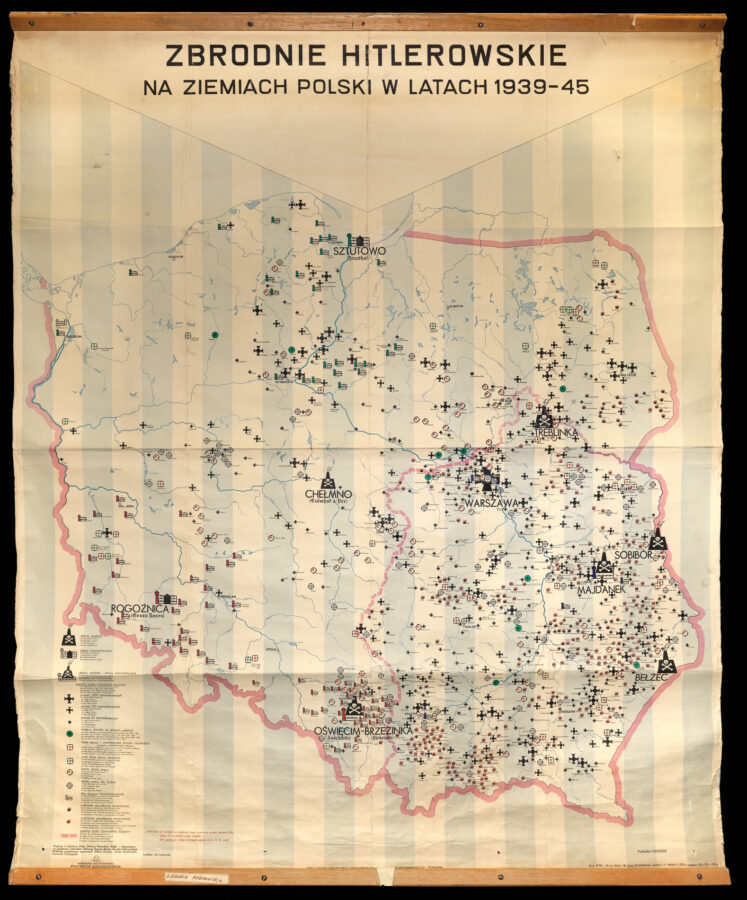 A map of Poland created by the Pań́stwowe Przedsiebiorstwo Wydawnictw Kartograficzynch, showing the scale of Nazi atrocities in the country during the Second World War. The map was copied from the collection of the Central Intelligence Agency.

The German occupation of Poland began on September 1, 1939, and continued until May 1945. Native Poles were considered to be racially inferior, and an ​“Eastern General Plan” was drawn up under Heinrich Himmler, which was to serve as the blueprint for the German colonization of Europe up to the Urals. Nazi ideology painted mastery of eastern Europe as Germany’s natural right: the SS leader Reinhard Heydrich said German settlers would act as a bulwark against the ​“raging tides of Asia”. He pushed for a programme of systematic forced migration. Some eight million Jews and Poles from the annexed parts of Poland were to be moved into the area called the General Government, under military control. They would be replaced by German citizens forcibly repatriated from around the Baltic and from Volhynia and Galicia in western Ukraine. The Eastern General Plan was carried out by Hans Frank, a lawyer and a brutal champion of the Nazis’ vision of racial purity.

Around six million Poles died under Nazi occupation, and as this map makes clear, the vast majority of deaths were not military. The key lists both sites of systematic persecution, like the state run concentration and extermination camps, and also the sites of smaller massacres and shootings across the country.