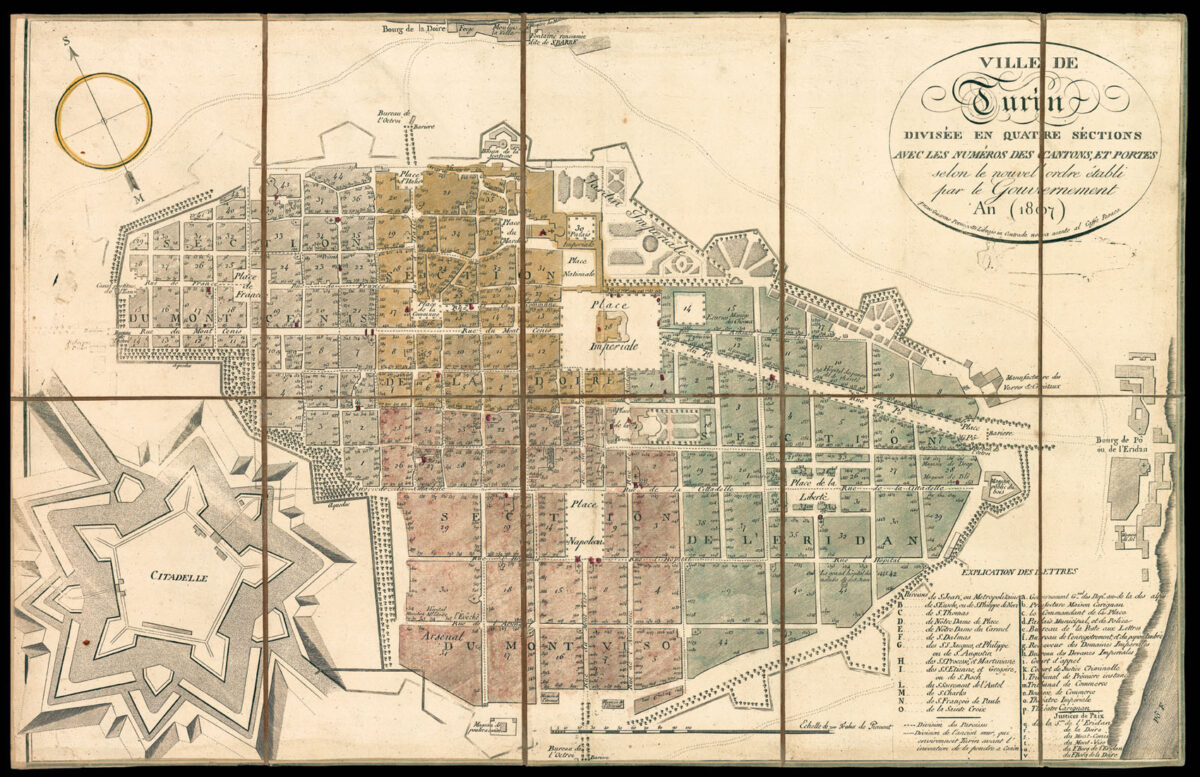 Turin was annexed to France by Napoleon Bonaparte in 1802, until his fall in 1814. The city became the capital of the Eridian department and the commercial link between Italy and France.

During this period, the shape of the city changed considerably. Most of the bastions were dismantled, except for the Citadel, the bastions of San Giovanni and Santa Adelaide, and the ones inside the Royal Gardens; the city walls were substituted by tree-lined promenades which linked the large squares along the perimeter of the city; a new bridge was built over the Po’ to replace the wooden one, using the materials from the dismantling of the bastions.

Rare, we are unable to trace an institutional copy of the present map. The OCLC gives locations for 3 published by Honore Derossi in 1803 and 1808.