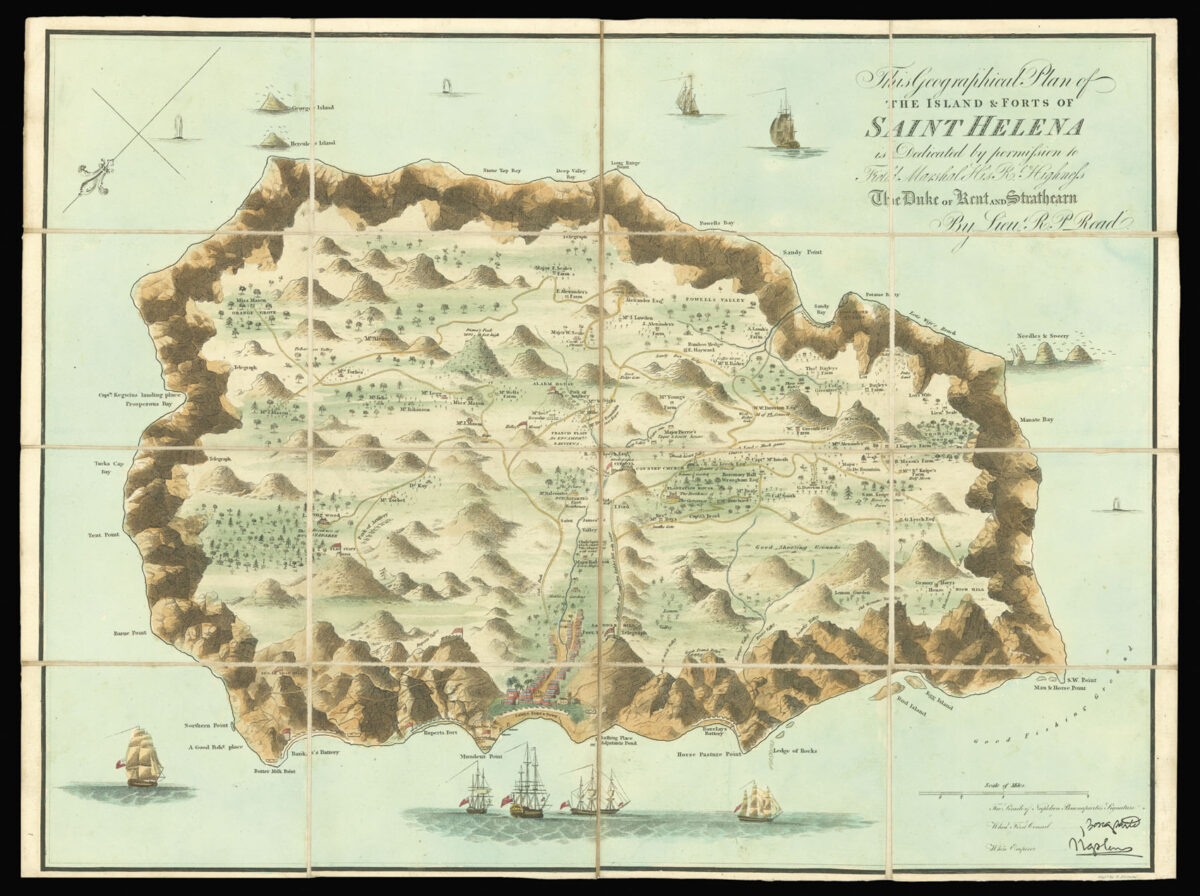 This Geographical Plan of The Island & Forts of Saint Helena is Dedicated by Permission to Field Marshal His R[oya]l Highness The Duke of Kent and Strathearn By Lieut. R.P. Read.

Napleon’s exile upon the Island of Saint Helena created a huge surge of interest in Great Britain. In order to satisfy the demand for information, the publisher’s Burgis and Barefoot commissioned a Lieutenant R. Read to draw a map of the Emperor’s Island prison. Little is known of Read, however, it is most likely that he had spent some time upon the island, and thus could pinpoint some important geographical information. The map is based upon John Seller’s map of 1675, orientated with southeast at the top, and is replete with information, including: towns, estates, churches, roads, coastal defences, rivers, forests, mountains, bays, and most importantly the residence of Napleon. British naval vessels are depicted on the sea, with areas marked for good fishing. To the lower right of the map are facsimiles of Napoleon’s signature, when first consul and again when Emperor. On the verso of the map is a brief descriptive text of the island giving details upon the islands geography, climate, history and military strength.