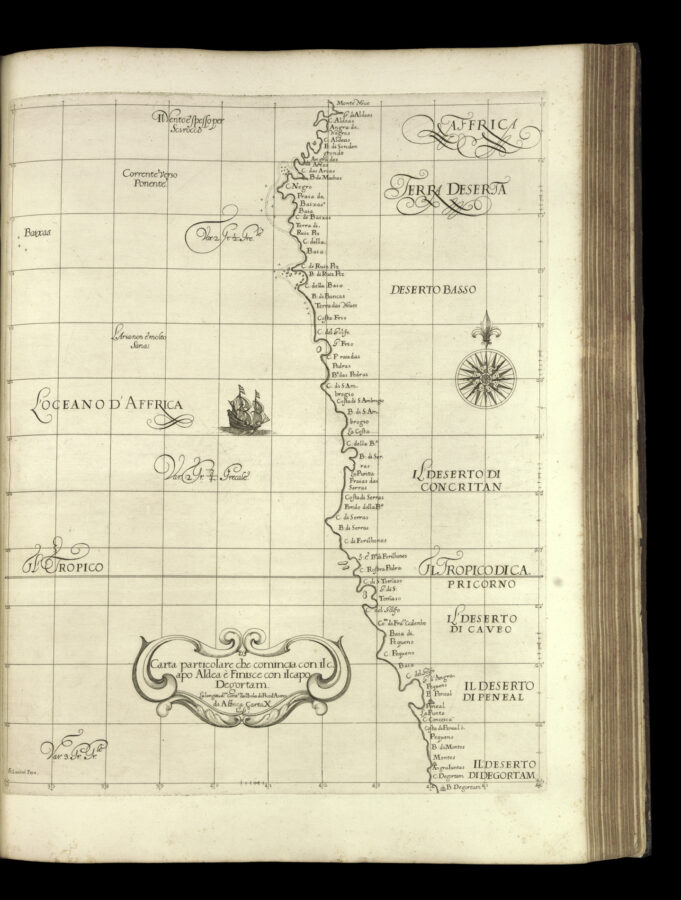 Map showing the coastline of Namibia around the Tropic of Capricorn.