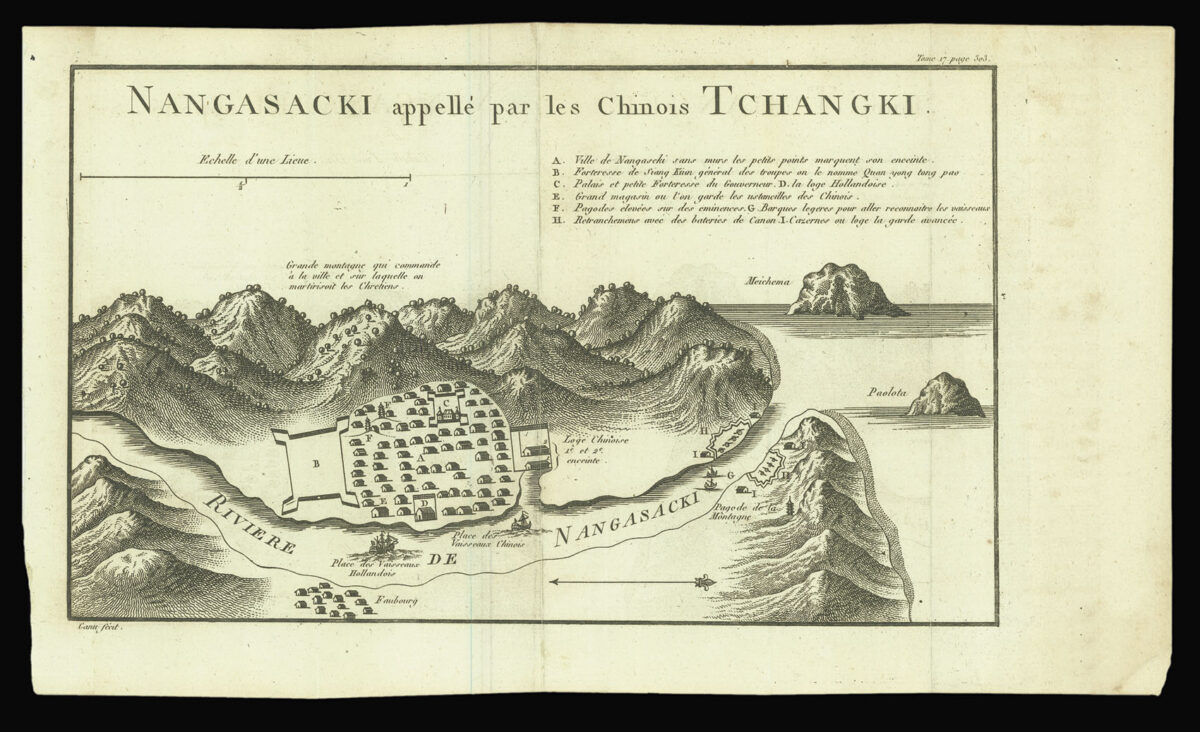 A plan of Nagasaki. The bay, harbour and two islands are shown in simplified form, with a lettered key to the upper right. The Dutch trading post is shown within Nagasaki as the mapmaker did not realise that it was on an artificial island; he also shows the Bay of Nagasaki as a river.

Jean de Fontaney was a Jesuit and a mathematician who was in Southeast Asia and China on several occasions. He did not visit Nagasaki but learned enough from Chinese merchants to create this view.

From an 1810 edition of the Jesuit compilation, ​‘Lettres edifiantes et curieuses’.