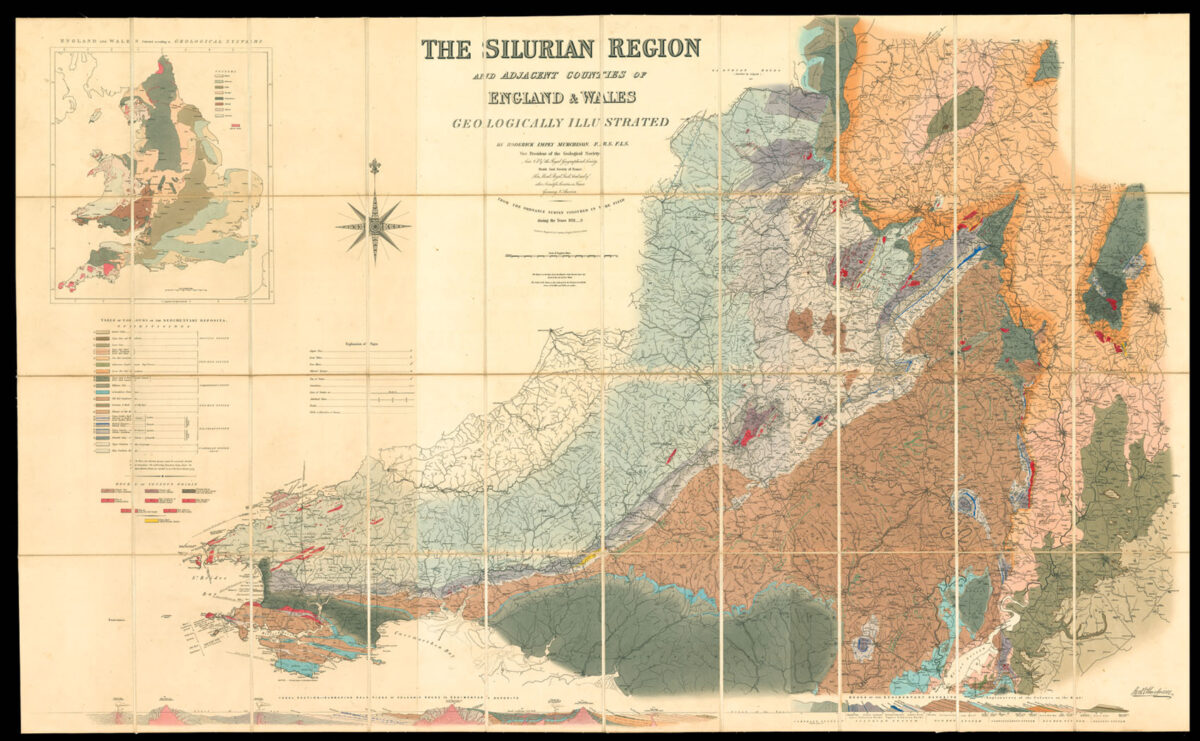 The Silurian Region and Adjacent Counties of England and Wales. Geographically Illustrated By Roderick Impey Murchison F.R.S. F.L.S. Vice President of the Geological Society. Late V.P. of the Royal Geographical Society. Memb. Geol. Society France. Hon. Memb. Royal Irish Acad. and of other Scientific Societies in France, Germany and America. From the Ordnance Survey Coloured in the Field during the Years 1831–8. Drawn and Engraved by J. Gardner, Regent Street, London.

In 1831 Murchison went to the border of England and Wales, to attempt to discover whether the greywacke rocks underlying the Old Red Sandstone could be grouped into a definite order of succession. The result was the establishment of the Silurian system under which were grouped, for the first time, a remarkable series of formations, each replete with distinctive organic remains other than and very different from those of the other rocks of England. These researches, together with descriptions of the coalfields and overlying formations in South Wales and the English border counties, were embodied in The Silurian System (1839).

The Silurian is a geologic period and system that extends from the end of the Ordovician Period, about 443 million years ago, to the beginning of the Devonian Period, about 416 years ago. As with other geologic periods, the rock beds that define the period’s start and end are well identified, but the exact dates are uncertain by several million years. The base of the Silurian is set at a major extinction event when 60% of marine species were wiped out.