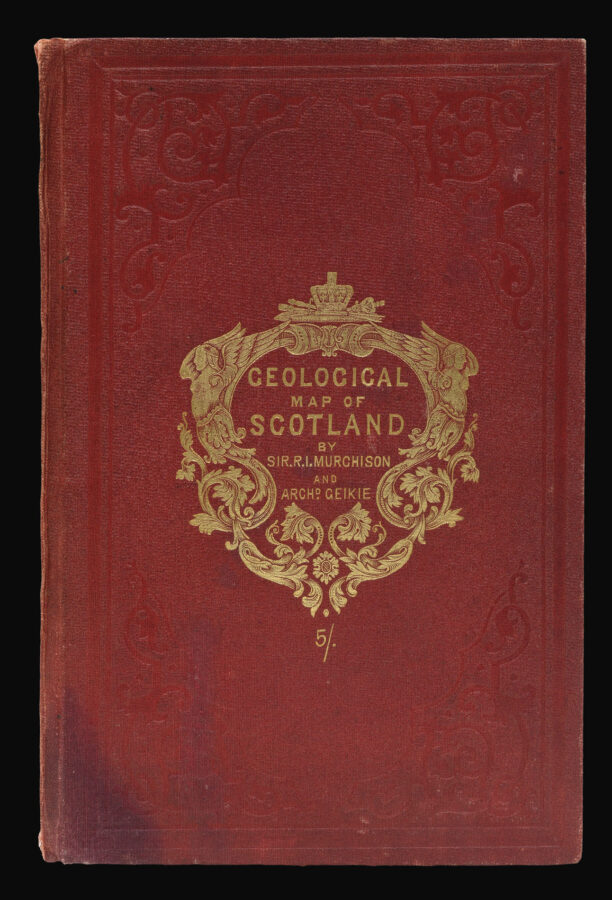 First Sketch of a Geological Map of Scotland

One of Geikie’s earliest published works, appearing three years after ​‘The Story of a Boulder’ and predating ​‘The Scenery of Scotland…’ by four years. Murchison, the elder statesmen of British geology, and Geikie found themselves on one side of what has come to be known as the Highlands Controversay. Their theories on the formation of the strata of the Highlands was strongly opposed by others such as James Nichol, whose arguments were subsequently proved to be significantly more accurate.

First published the previous year, both editions are uncommon. Although the pagination of the text is slightly different it would appear that this is a reprint of the first edition, certainly the map appears to be identical.