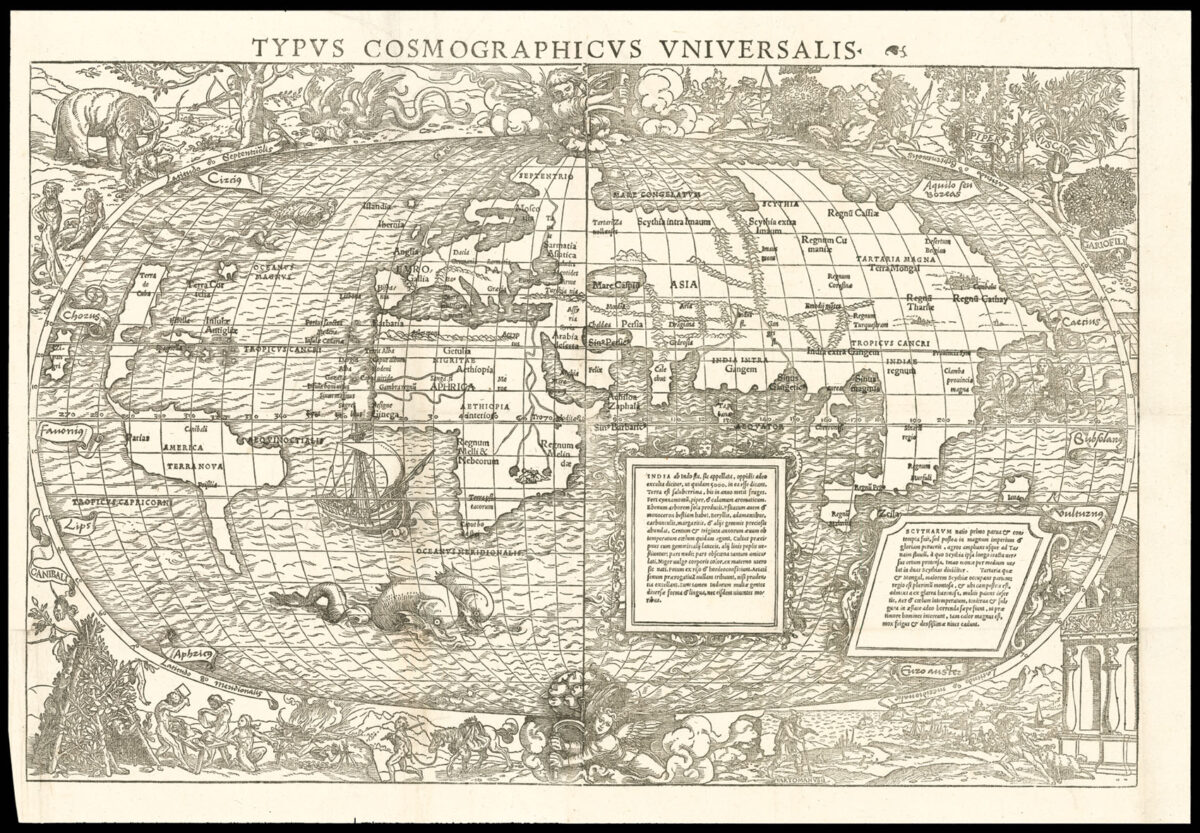 Published in ​‘Novus orbis regionum’, an important collection of voyages compiled by Johann Huttich and edited by Simon Grynaeus and with a geographical preface by Sebastian Munster, this richly decorated map, by Munster, is surrounded by masterful vignettes, attributed to Hans Holbein the younger (1497–1543).

Geographically the map is quite antiquated and was probably prepared prior to 1532 and based upon Apian’s map, or Schoner’s globes of 1520. The representation of the New World bears a striking similarity to Waldseemuller’s world map of 1507. The oval projection is similar to the one used by Bordone in his ​‘Isolario’ of 1528. The elaborate borders are enhanced with imaginary scenes of cannibals, winged serpents, elephants, and monsters; at both poles there appear winged angels turning the world on its axis. 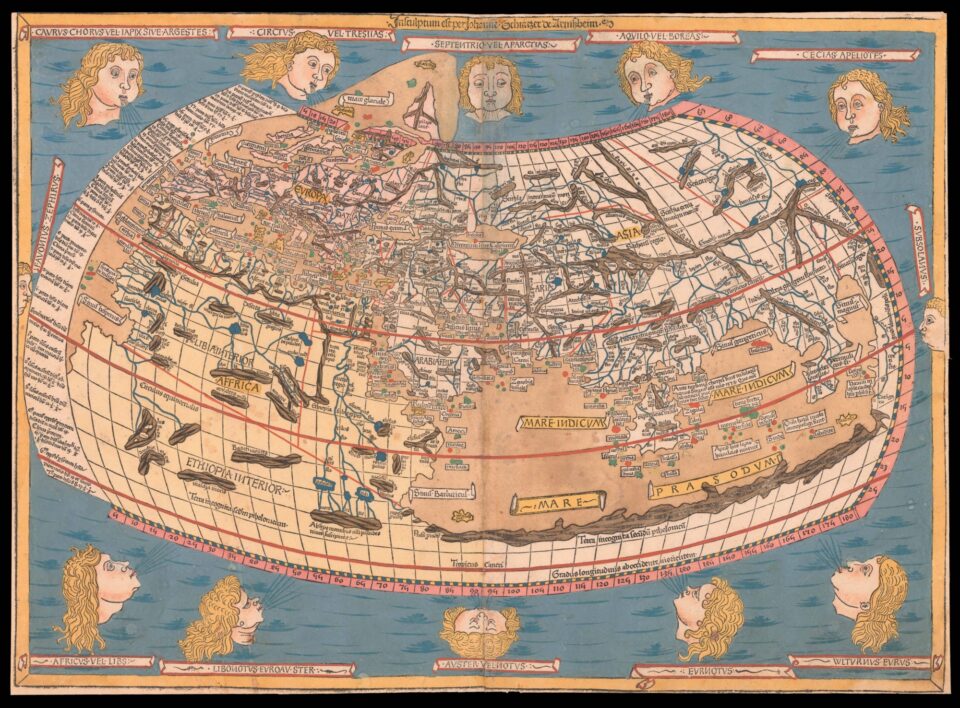 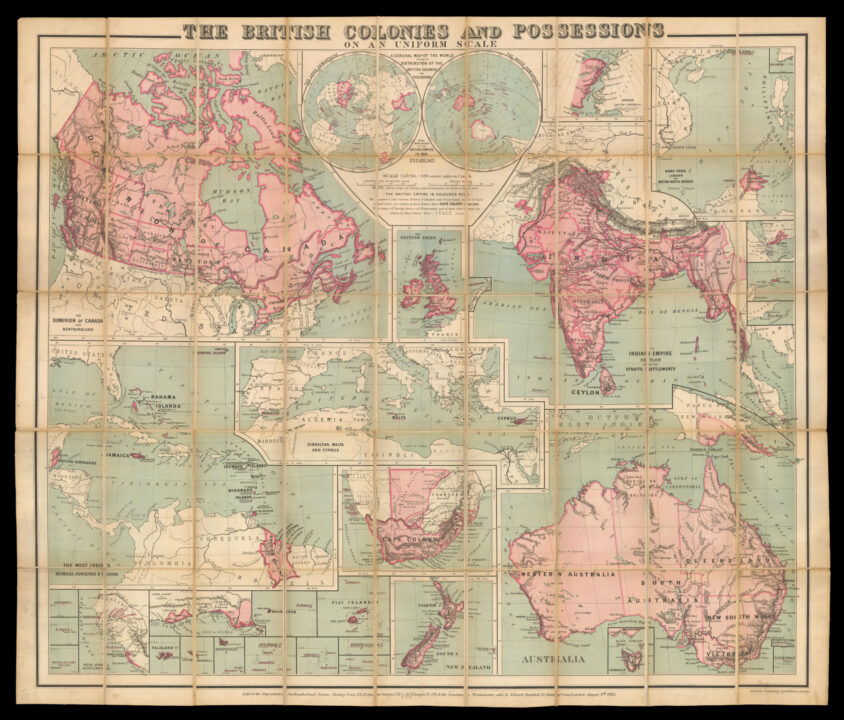 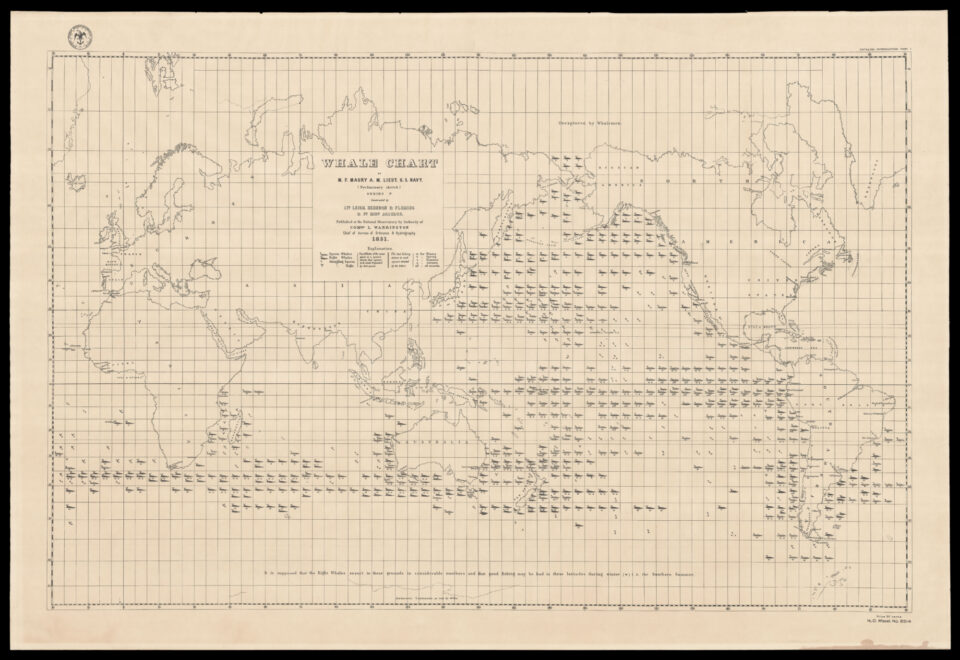 The pathfinder of the seas 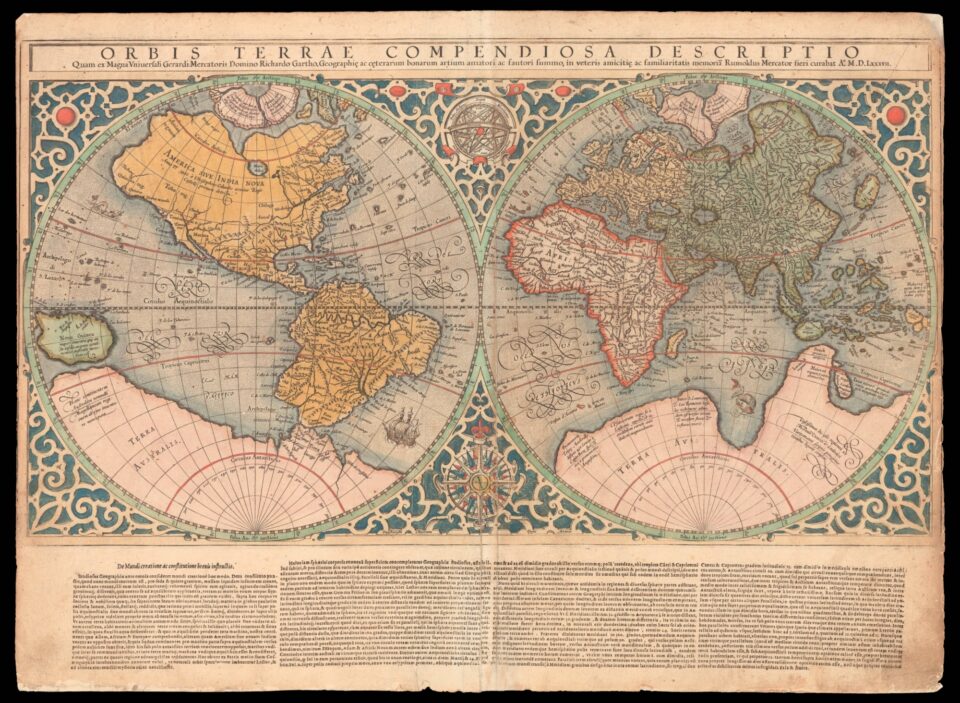 Mercator’s map of the world in fine original colour