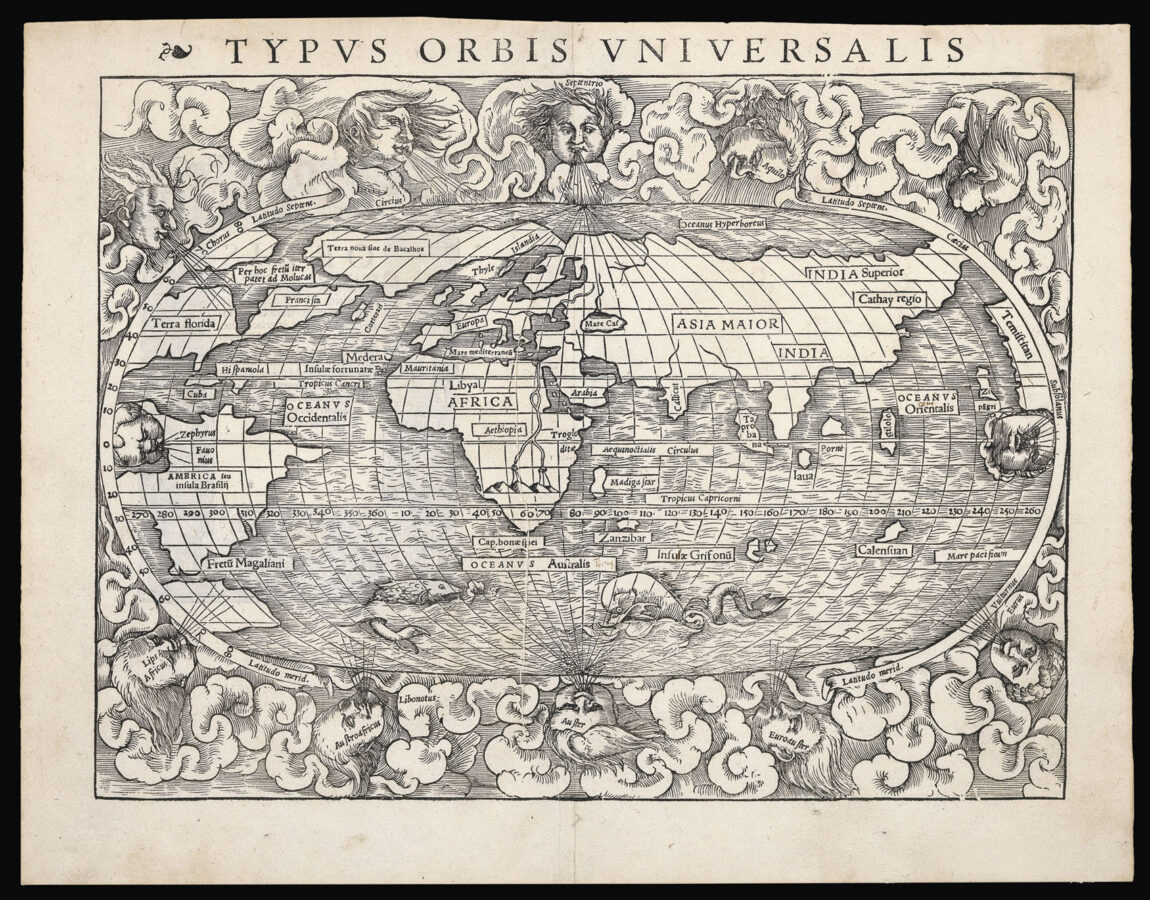 Munster’s modern map of the world

Munster’s modern map of the world, on an oval projection, was first published in his ​‘Geographia’ of 1540. This early issue is distinguished by the absence of the woodcutter David Kandel’s initials from the border lower left, which appeared in maps printed from the second block onwards.

The border of the map is highly decorative, including roiling clouds and ​‘lusty’ windheads. This is in sharp contrast to the rather sketchy geography: the continents are shown in rough outline only, but is still clearly based on a ​‘combination of information derived from Verrazzano’s explorations of 1522–1524, when the waters of the Chesapeake Bay were mistaken for the Indian Ocean, and reports of Carter’s voyages of 1534–1535 up the St. Lawrence seaway into the Great Lakes vainly searching for the north-west passage’ (Shirley).

Sebastian Munster was to become one of ​‘the most influential cartographers in the sixteenth century’ (Burden). Essentially he published Ptolemy’s ​‘Geography’ with a ​‘further section of modern, more up to date maps. He included for the first time a set of continental maps, the America was the earliest of any note. He was one of the first to create space in the woodblock for insertion of place-names in metal type. The book proved to be very popular, there being nearly forty editions during the following 100 years’ (Burden).