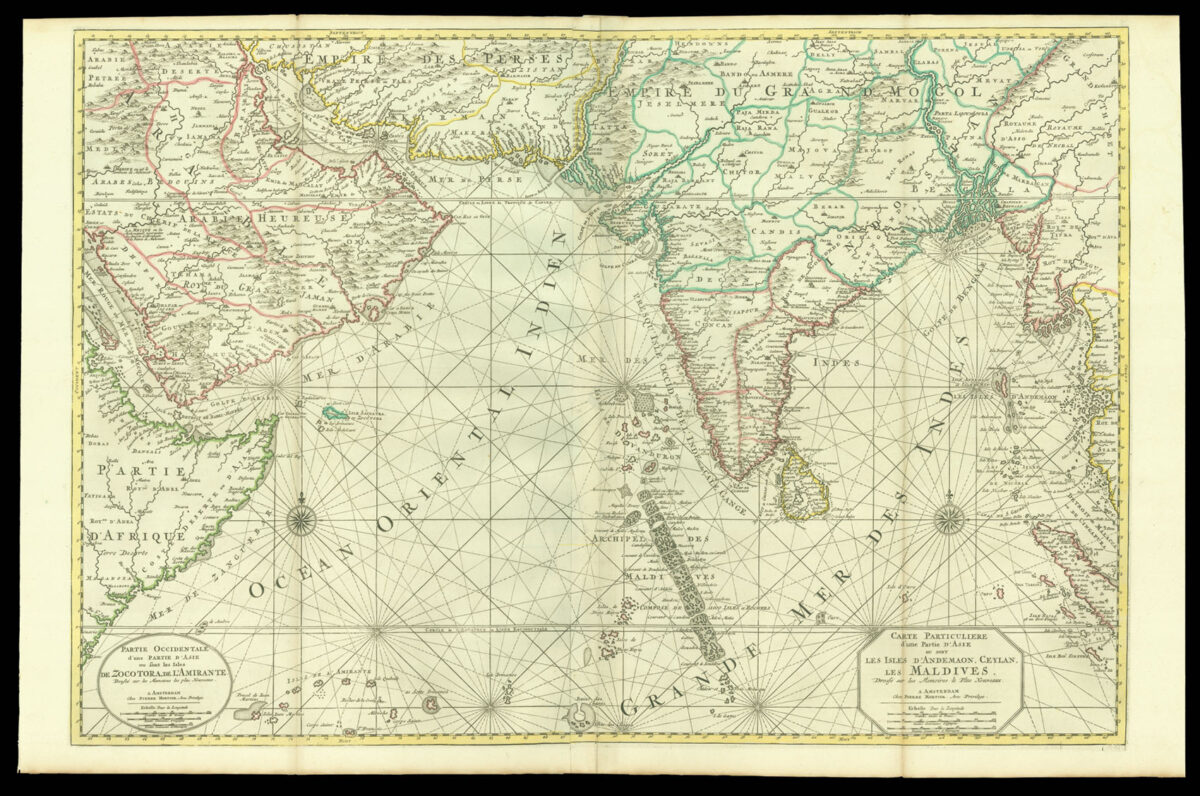 A sea chart of the Indian Ocean. There are two title cartouches, one in Dutch and one in French. Although the coastal outlines are very detailed, the main focus is on the islands of the Indian Ocean: the Seychelles, the Maldives, Sri Lanka and the Andaman Islands. The Maldives are shown as an overly large chain of islands, highlighting their importance in local trade. The Maldives were a source of cowrie shells and coir, a fibre made from dried coconut husk. Coir was used to make ropes as it was resistant to sea water, and was used for ships in the Indian Ocean.

The chart is taken from the second volume of Mortier’s maritime atlas, the ​“Neptune Francois”, which covered non-European waters. Mortier based many of the charts on manuscript maps drawn by the French diplomat Nicolas Perron d’Ablancourt after Portuguese sources.

After spending the first half of the 1680s in Paris, Pierre/​Pieter Mortier (1661–1711) was awarded the right to publish the maps of French cartographers in Amsterdam in 1685. Initially, he published copies of maps by French cartographers, such as Jaillot, Sanson and De l’Isle; followed in the early 1700s by, among others, maps by Blaeu, Allard, De Wit, and Van der Aa. After Pieter’s death in 1711, the business was carried on by his widow (until 1719), followed by his son, Cornelis, and by his brother David (until 1721). In 1721, Johannes Covens joined the firm as partner, having recently married Cornelis’s sister, and together they began to publish under the name of Covens & Mortier. Johannes Covens II inherited his father’s share after his death, and his own son worked with Petrus Mortier IV to continue the work of their forebears, now publishing under the name Mortier, Covens & Son. 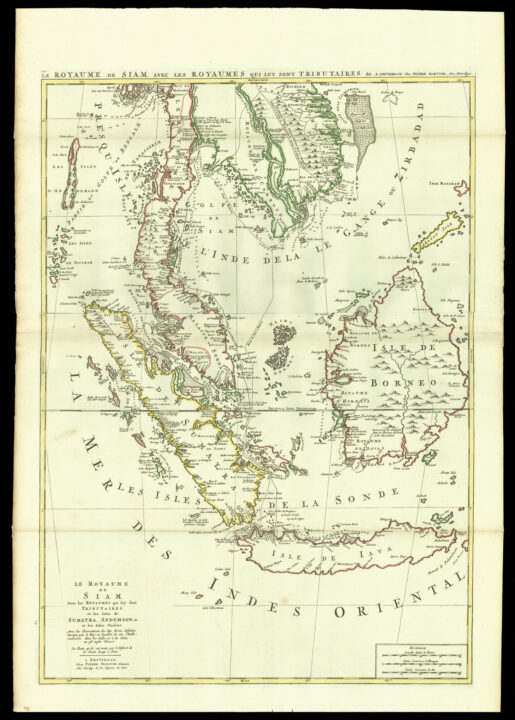