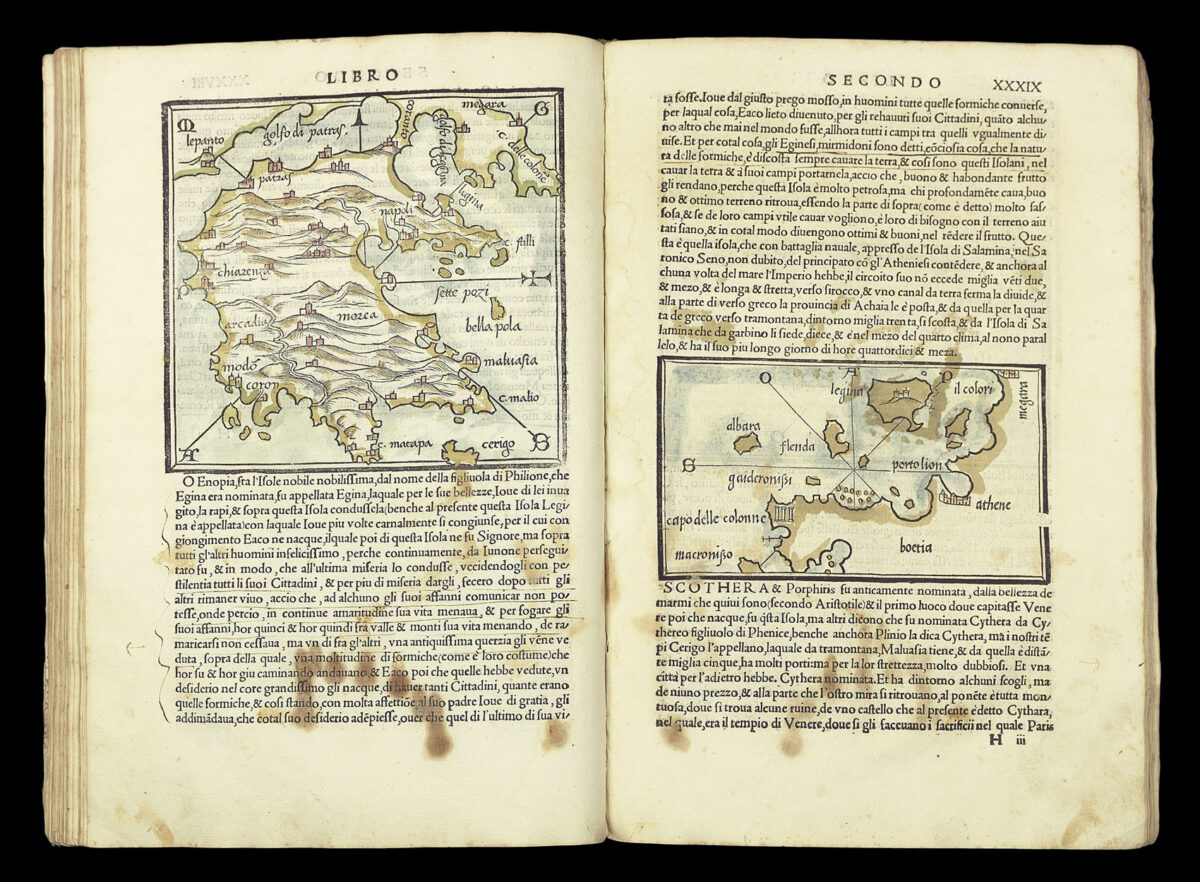 Morea and the Gulf of Taranto

Two maps of Italy. Left: the Peloponnese peninsula (Morea) (170 by 145 mm); right: the Gulf of Taranto in southern Italy (85 by 145 mm). The columns represent the ruins of the temple of Hera Lacinia at Capo Calonna.