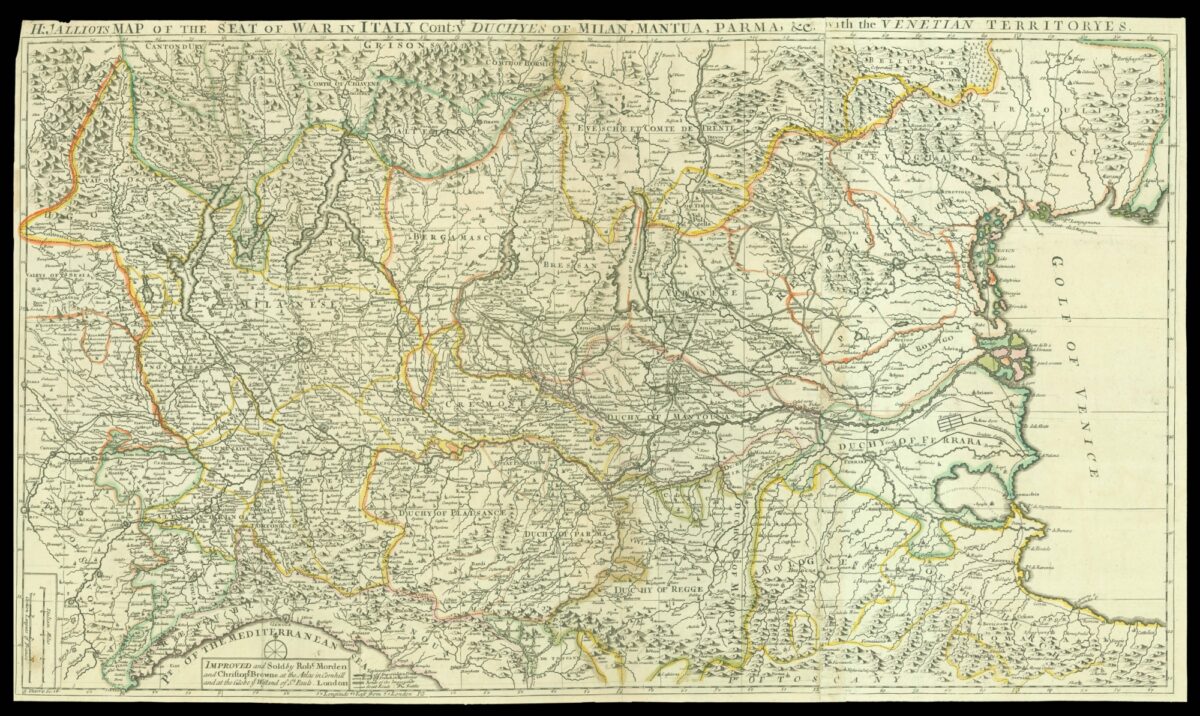 H: Jalliot’s Map of the Seat of War in Italy cont. ye duchyes of Milan, Mantua, Parma, &c. with the Venetian territoryes

Robert Morden’s map of northern Italy, after the French mapmaker Alexis Hubert Jaillot. The map shows the theatre of the War of the Spanish Succession, fought between 1701 and 1714. The war was triggered by the death of Charles II without issue, the last Habsburg King of Spain. On his deathbed, he named Philip, Duke of Anjou, as his heir, the younger grandson of Louis XIV. Louis XIV then proceeded to officially confirm Philip’s place in the French royal line of succession, creating the possibility of the unification of the thrones of France and Spain. The other European powers were concerned at the threat posed by such an union, and they threw their support behind another candidate, Archduke Charles, the son of the Holy Roman Emperor Leopold I.

Robert Morden (c.1650–1703) was a British mapmaker, who made his name with the maps for Willam Camden’s ​“Britannia”, the first chorographical survey of the United Kingdom.

There are institutional copies at Yale and in the British Library. We have only been able to trace one copy sold at auction, but as part of a composite atlas. 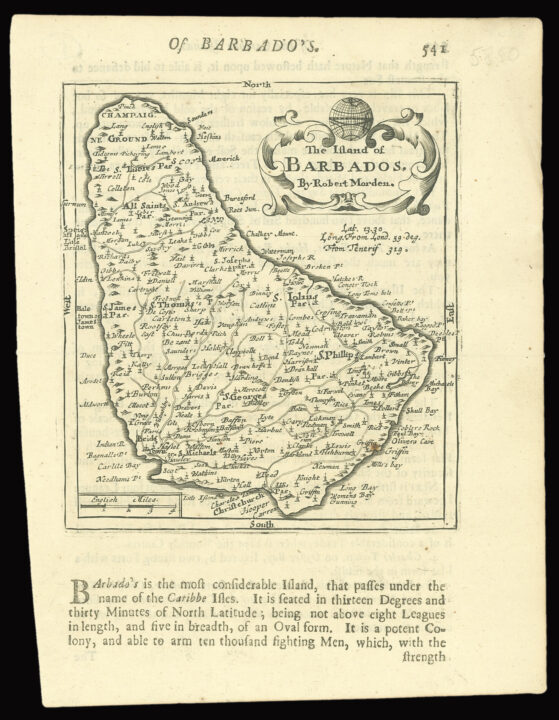