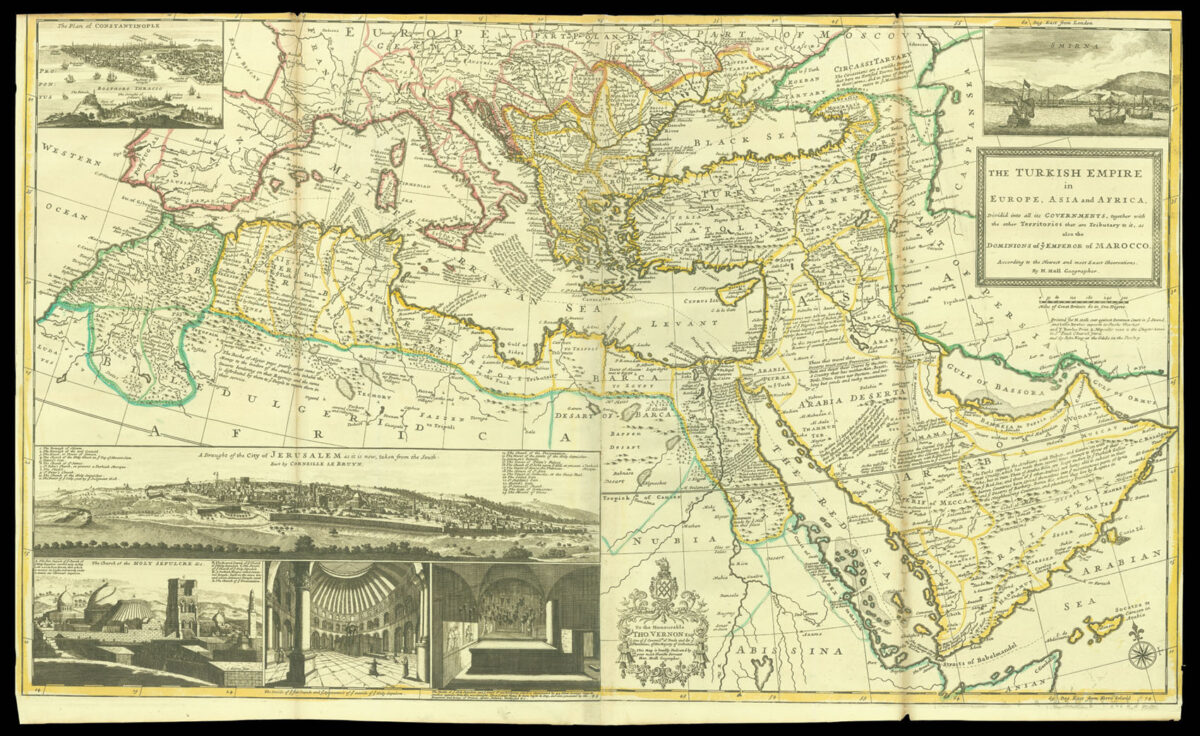 Moll’s map of the Ottoman Empire

The Turkish Empire in Europe, Asia and Africa Dividid into all its Governments, together with the other Territories that are Tributary to it, as also the Domnions of the Emperor of Marocco

A large map of the Ottoman Empire, with inset views of Istanbul, İzmir and Jerusalem, and three separate views of the Church of the Holy Sepulchre. The Church is believed to be built on Calvary, where Jesus was crucified. The Ottoman Empire, although still large and powerful, had suffered from political infighting and a weakened army which was unable to conclude the prolonged campaigns of late seventeenth and early eighteenth century warfare.This period saw a renewed vigour, concluding a successful campaign against the threat of nearby Russia, although the Austro-Turkish War of 1716–18 forced the Ottomans to hand over Serbia and parts of Romania. Istanbul and İzmir were Ottoman strongholds; Istanbul had been the Ottoman capital since 1453, and İzmir was the empire’s largest port, strategically situated on the Aegean coast.

The map is dedicated to Sir Thomas Vernon, a London merchant and banker who was prominent in trade with Turkey. He acted as the creditor for government loans on several occasions, and was knighted in 1685. He sat on the London common council, and often spoke on issues to do with East Indies and Middle Eastern trade; for example, arguing against the issue of licences to privateers to trade with Turkey.