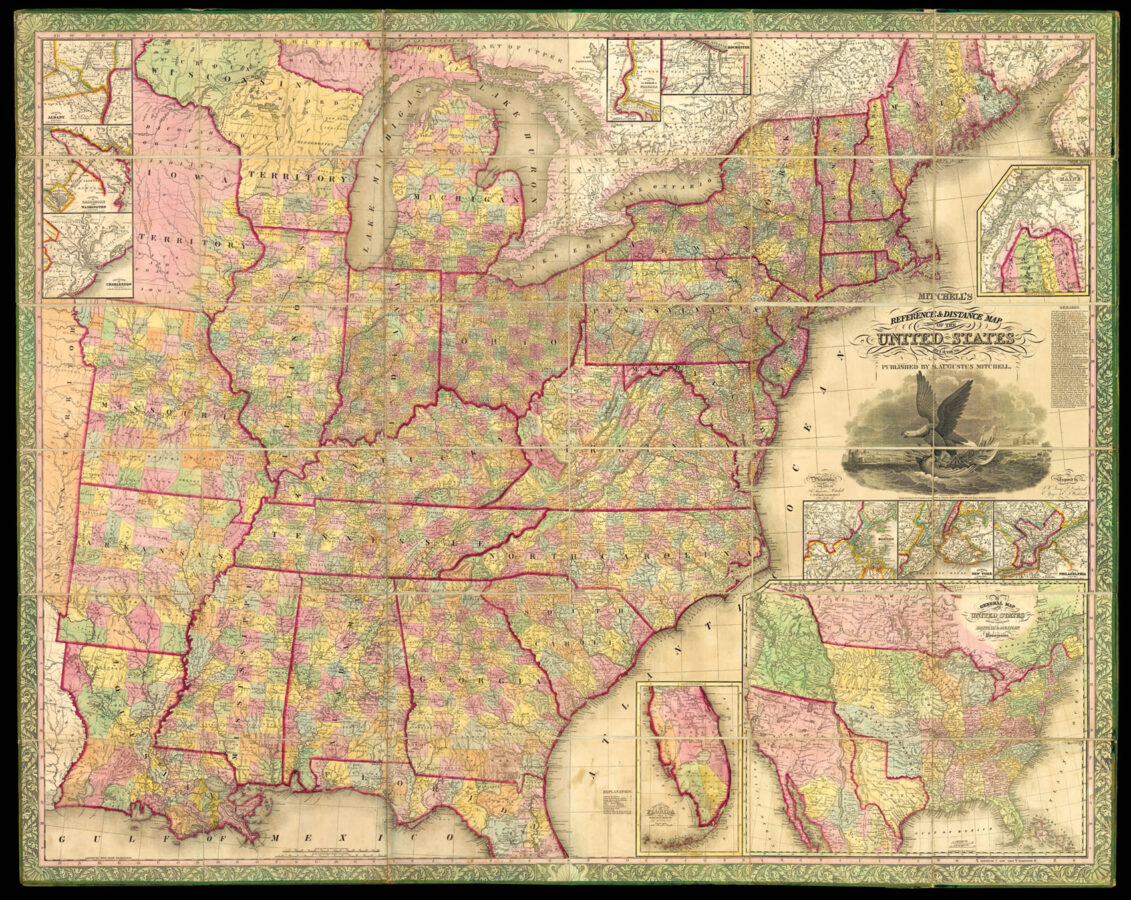 A fine example of Mitchell’s 1845 map of the United States, with inset maps of North America, Philadelphia, New York, Boston, Rochester, Niagara Falls, Albany, Cincinnati, Washington, Charleston, New Orleans, the south part of Florida, and the south part of Maine. Below the title cartouche is a fine steel engraving, designed by W. Mason, of an American eagle perched on a seashell boat with a coastal view in the background. In 1833, Mitchell, along with his compiler and engraver James Young, published A New Map of the United States and, in 1834, published the Reference and Distance Map with the same views, decorative borders, and engravings. As with the 1833 map, he offered this 1834 version for sale at his firm Mitchell & Hinnan in Philadelphia. In 1835 the map was again published under the new title: Mitchell’s Reference and Distance Map of the United States, by J.H. Young, with several later editions to follow.

The present example is the 1845 edition which bears substantial revisions and a new copyright.