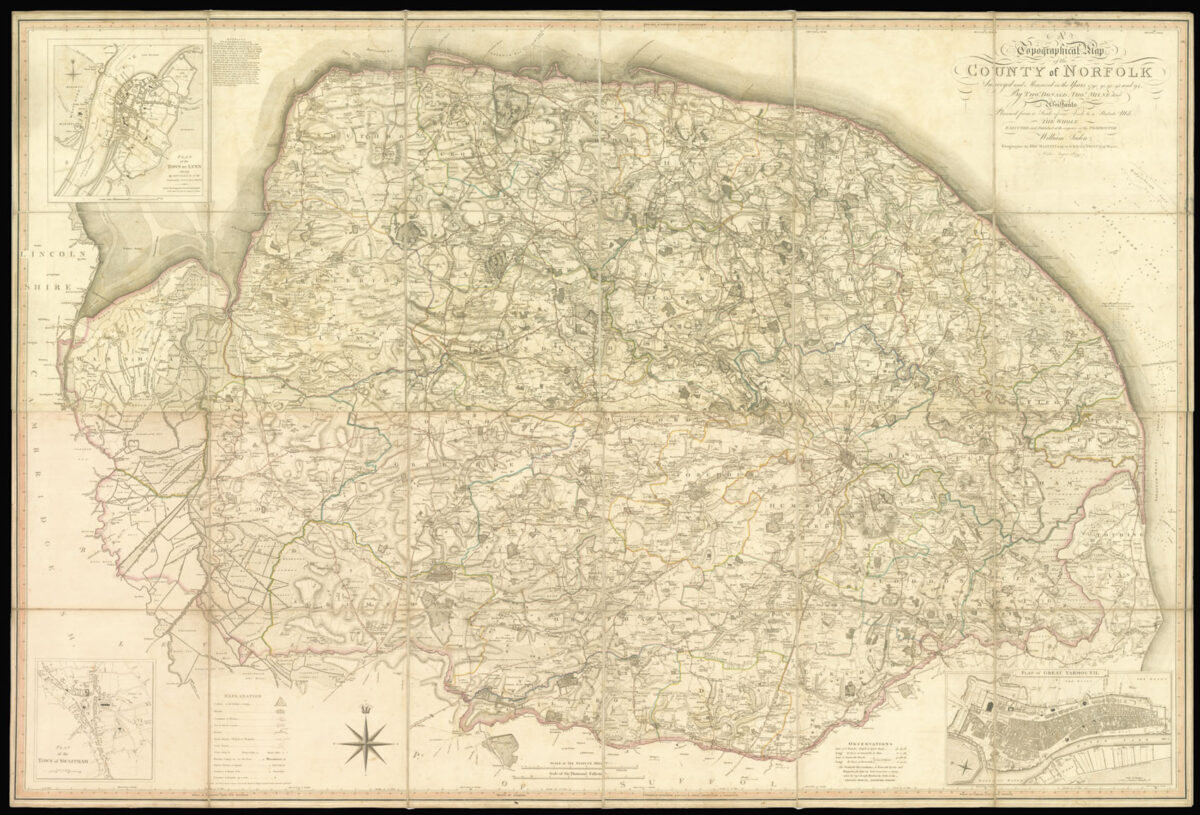 The map took five years to complete and was the first survey of the county on this scale, finely engraved on six sheets. The work is superbly detailed and includes information upon towns, villages, hills and parks, gentleman’s seats, churches and chapels, broads, farms and marshes, commons, heaths and woods, Roman camps, mills, great roads and cross-roads, rivers, drains and dykes. In 1797 Faden applied to the Society of Arts for an award fir the map but despite the competence of the survey and his high standing in the map world, the application proved unsuccessful.

The second edition includes a small note or legend of some nineteen lines to the side of the plan of Kings Lynn being ​“Extracts from the Eau Brink Act of Parliament” which involved a river or cut from Kings Lynn south to St. Germans Bridge.