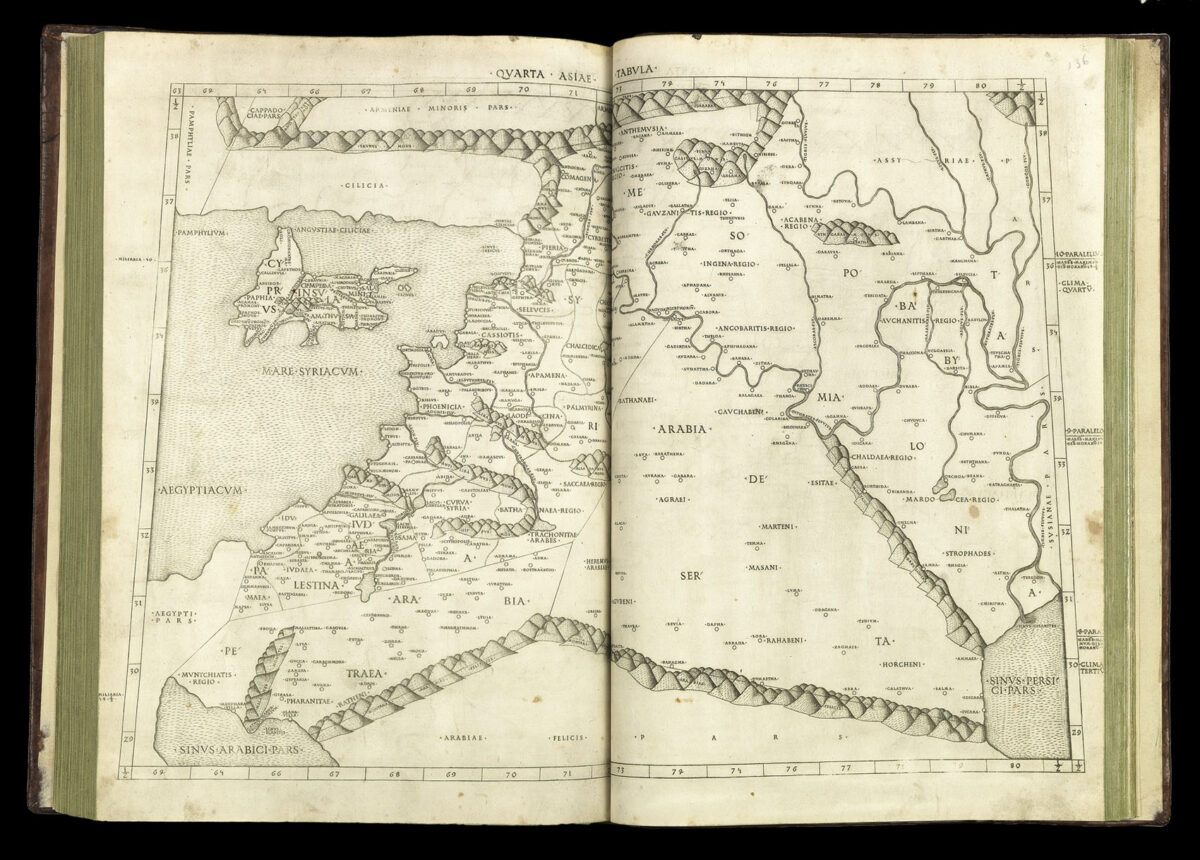 The map shows the Middle East from Israel to Iraq, and the island of Cyprus.