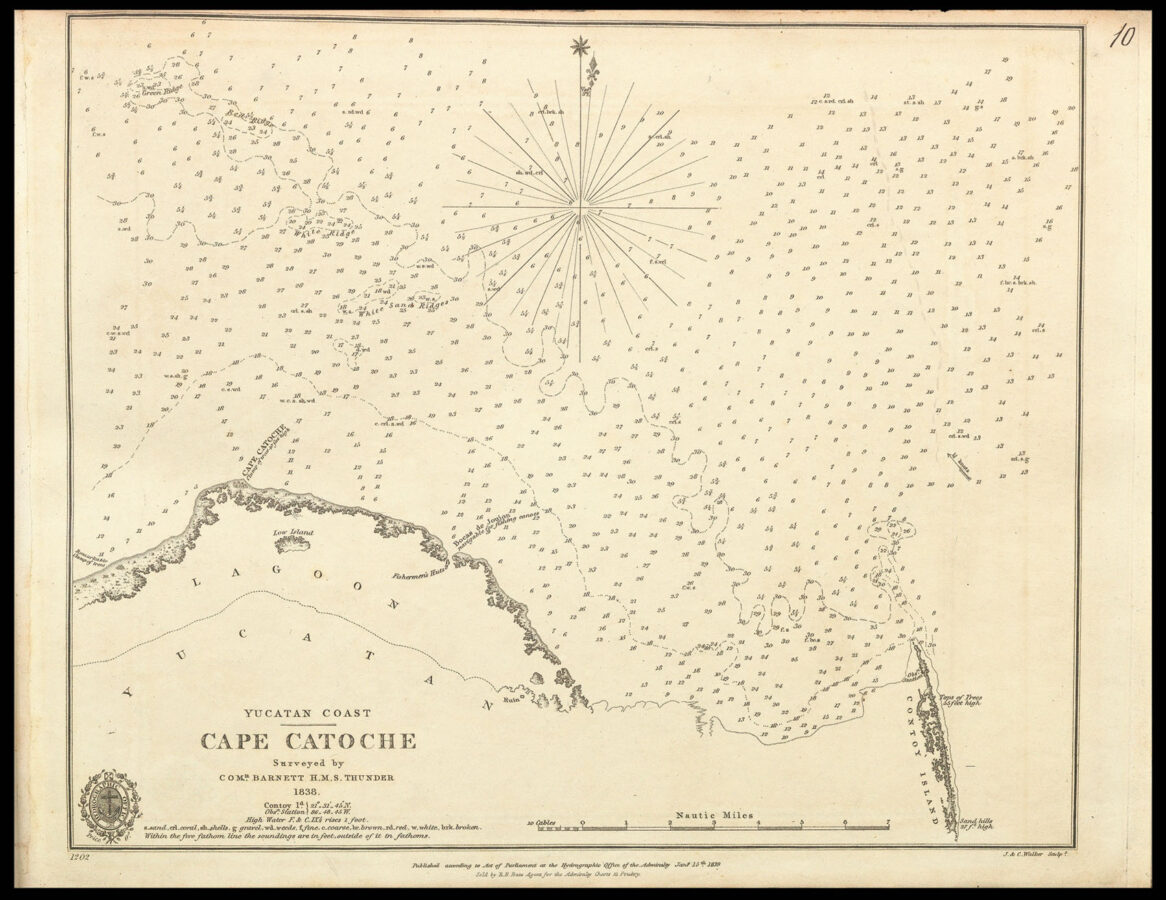 Rare Admiralty chart of Cape Catoche, Mexico. Supposedly first landfall for the Spaniards in Mexico in 1517.

Edward Barnett (1799–1879) entered the Royal Navy in 1811, quite probably before his 12th Birthday. He attained the rank of Lieutenant in 1826, Commander in 1838, Captain in 1846, Retired Rear-Admiral in 1864, Retired Vice-Admiral in 1871 and Retired Admiral in1877. Barnett worked in the Hydrographic Department from 1830 to 1833, before venturing into service in the Americas between 1835 and 1846. During this time, he led the survey of the Coast of Central America and the Bahamas, first aboard the Jackdaw, which was lost on an uncharted reef off Old Providence, and later as the Commander of the Lark and the Thunder.