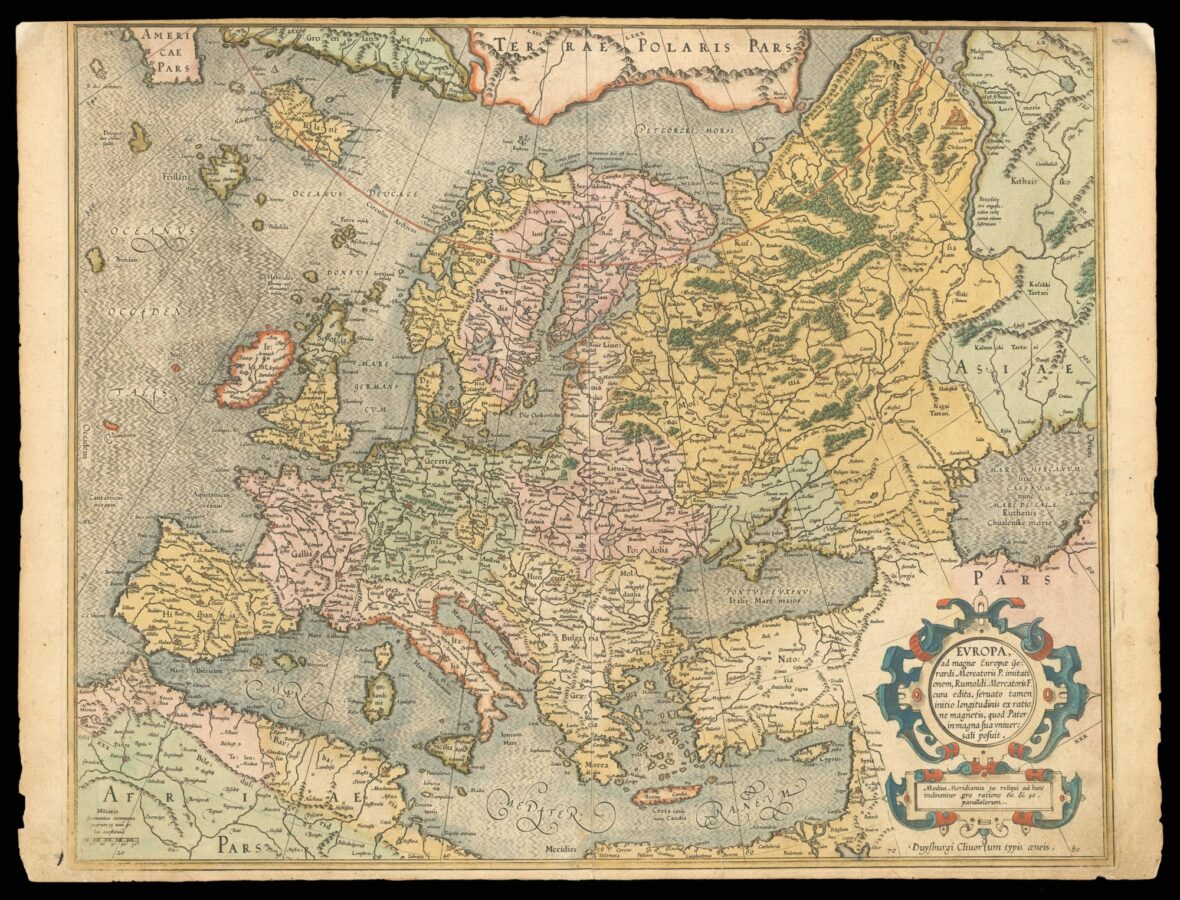 This very fine map of Europe is from Mercator’s ​‘Atlas sive Cosmographicae Meditationes de Fabrica Mundi et Fabricati Figura,’ first published in 1595. This rare early edition with the ornate strapwork cartouche was only used until 1606 when the cartouche was changed.

The geography on the map relates to Mercator’s wall map of the world in 1569. There are a number of fictitious elements to the map that originated with the Venetian Nicolo Zeno from 1558. According to Zeno’s map, his noble ancestors Nicolò and Antonio had discovered America in the 15th centur,y prior to Columbus, but ended up stranded on an island called Frisland (Frislant), south of Iceland, which does not exist. Mercator included Zeno’s information on his maps and due to his esteemed reputation, the inaccuracies continued to appear on maps in the coming years.

Mercator’s maps are known for the elegant lettering and engraving. The elaborate strapwork cartouche only appears in early editions of this atlas as in 1606, Jodocus Hondius took over production of the atlas and made numerous alterations.