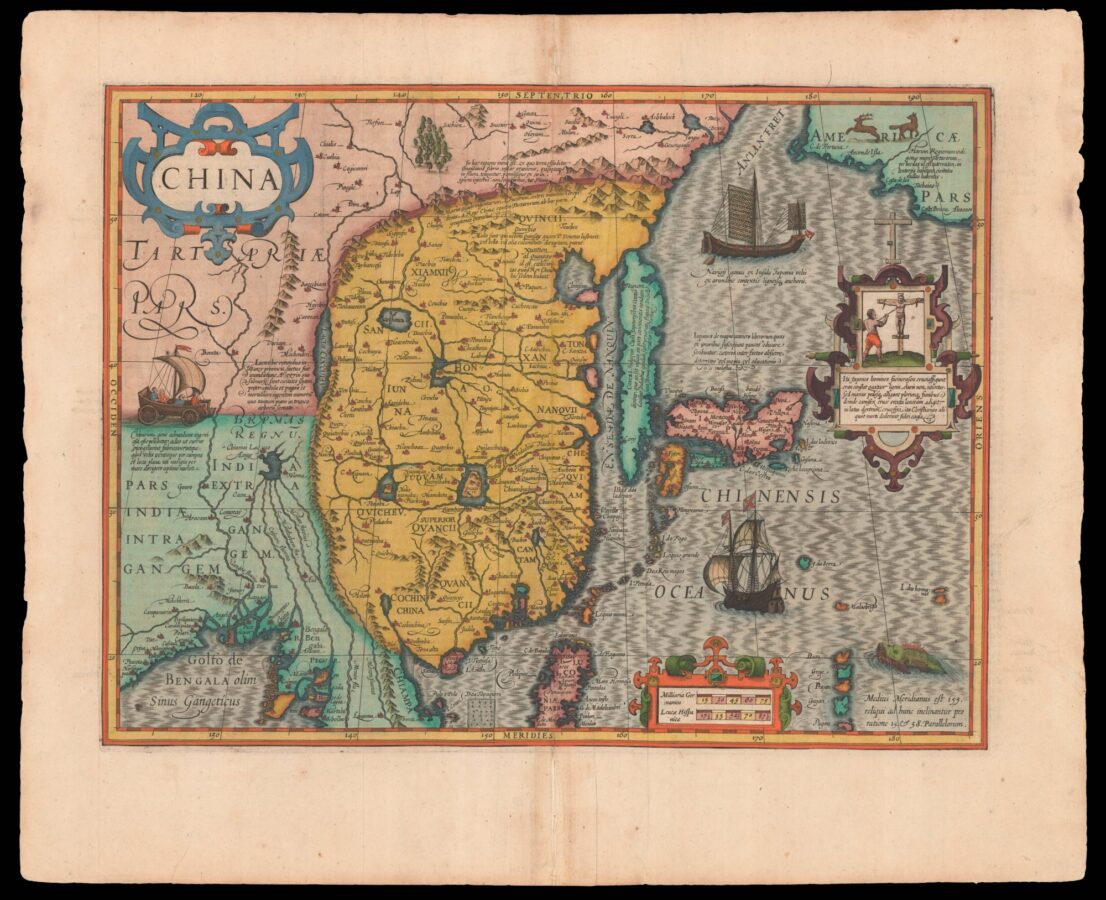 A map of China from the 1619 French edition of the Hondius-Mercator ​‘Atlas’.

China is somewhat condensed, and Japan (drawn after Luis Teixeira) is similarly misshapen. Korea is shown as an island. The Great Wall is shown in the north of China, and to the left is an illustration of a Chinese windboat. The mythical Strait of Anian is shown between Asia and America, with a section of the northwest American coast visible, inhabited by a deer and a wolf. Two ships, one similar to a Chinese junk and the other European, patrol the Pacific Ocean. In a decorative cartouche there is a description and illustration of a Japanese crucifixion, a practice introduced into Japan in the early modern period, and possibly inspired by the martyrdoms in Nagasaki in 1597.

For nearly sixty years Gerard Mercator was the supreme cartographer, his name, second only to Ptolemy, is synonymous with the form of map projection still in use today. The first two sections of his world ​‘Atlas’ were published in Antwerp 1585 and 1589 and the third (with the first two making a complete edition) published in 1595. After his death Jodocus Hondius, one of the most notable cartographers, engravers and publishers at the end of the 16th Century, continued to publish his World Atlas. 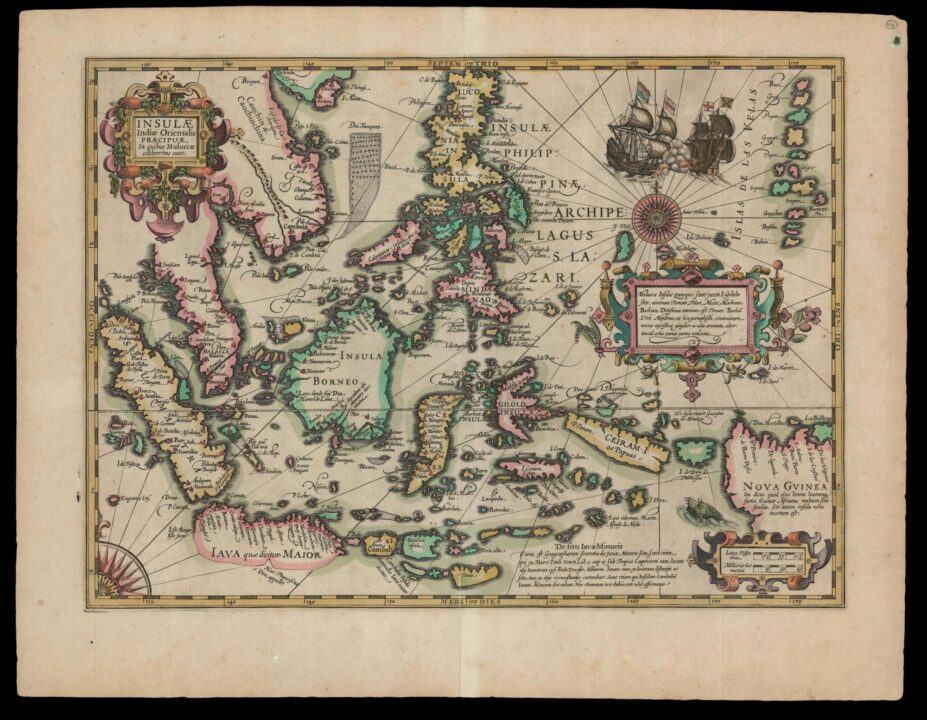