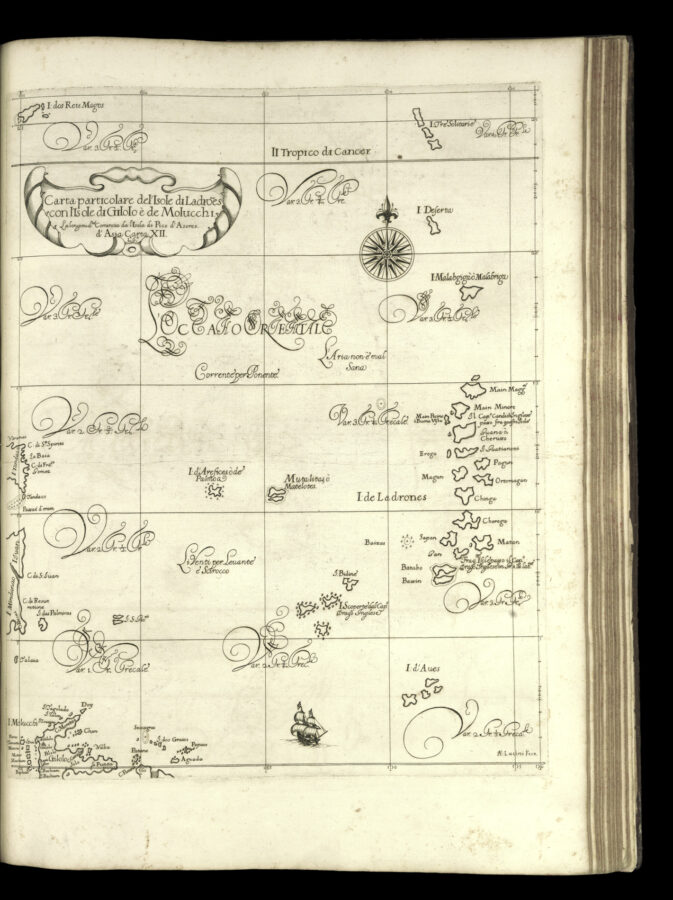 Map showing the Melanesian coastline of the North Pacific Ocean, including the Mariana and Maluku Islands and part of the Philippines.