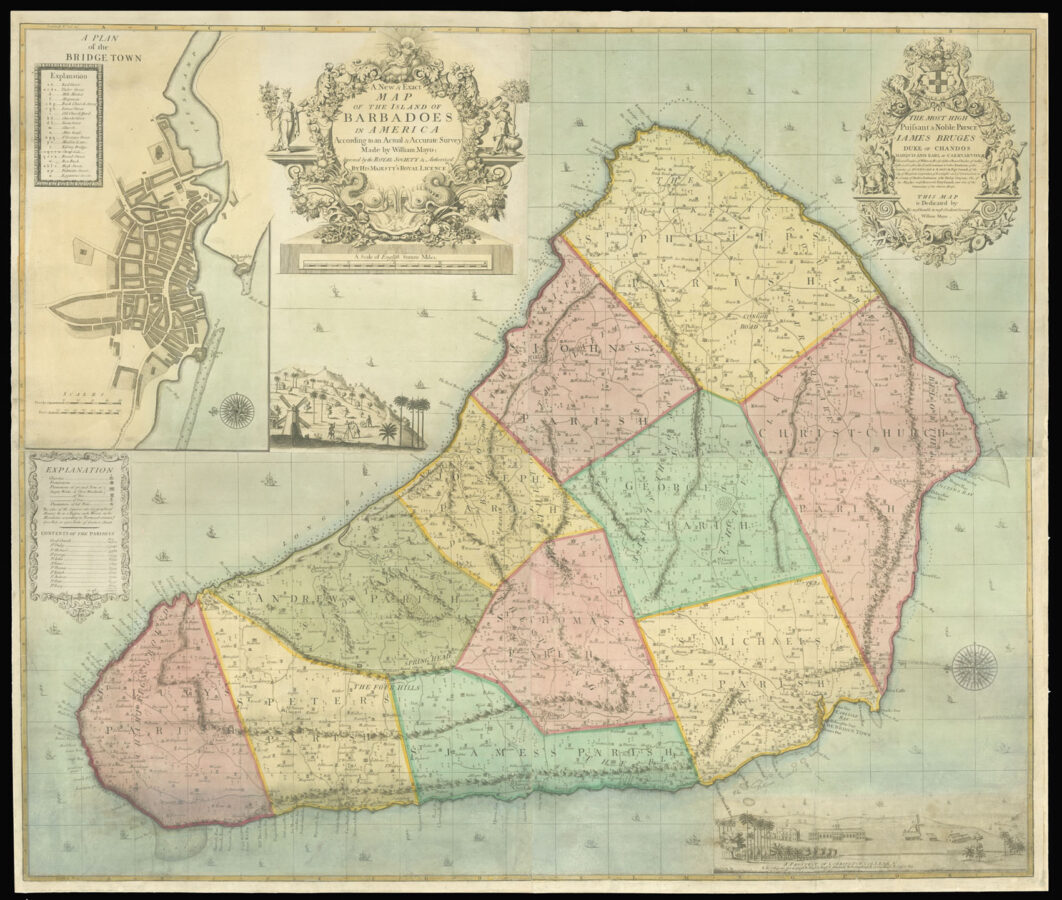 A New and Exact Map of the Island of Barbadoes in America According to the Actual & Accurate Survey Made by William Mayo Approved by the Royal Society & Authorized by His Majesty’s Royal Licence.

The second state of the finest early map of Barbados, and one of the most impressive made for any English colony in the eighteenth century.

The map was originally published in 1722, based upon William Mayo’s 1717–21 survey of the island. This second state was published in 1750, with no alterations other than the removal of the old dates and Senex’s name as engraver. A one sheet reduction was published by Robert Sayer in 1756, and a second reduced version appeared in Jefferys’ West India Atlas of 1775. Mayo relocated to Virginia in 1723. He became one of the leading surveyors in the colony, and participated in the surveying of the Virginia-North Carolina boundary in 1728, the survey of the Northern Neck of Virginia in 1733, and laid out the City of Richmond in 1737.

Barbados was by far Great Britain’s richest American colony in the eighteenth century. Sugar cane, the principal crop, was so profitable that the island’s exports were more valuable than those from all the other American colonies combined. Mayo’s map identifies approximately 986 plantations, and was the first map to delineate the boundaries between the islands eleven parishes.