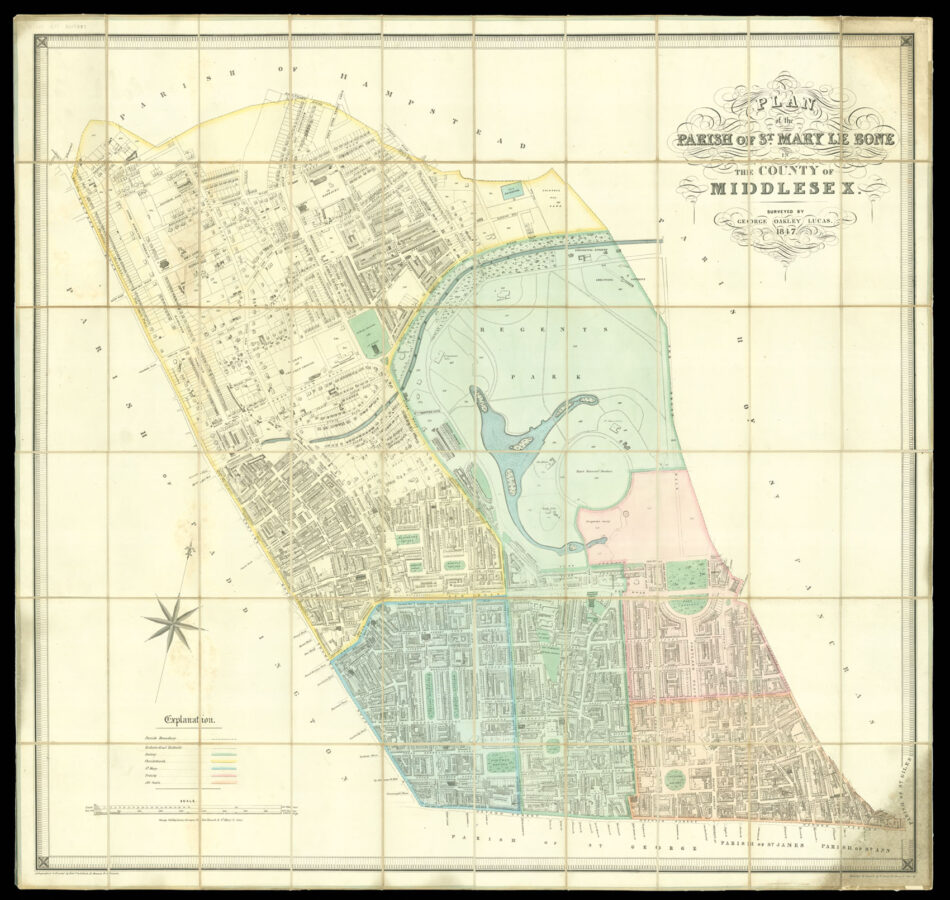 A map of Marylebone, which was brought into existence by the Great Reform Act of 1832; the constituency would last until 1885, when it was then split in eight new divisions. A succession of aristocratic owners building in the area had transformed Marylebone into one of the most fashionable areas in London, aided by the lure of Regent’s Park. Notable landmarks still recognisable today include Lord’s Cricket Ground and the Zoological Gardens. The map shows the final site of the famous ground, home of the MCC; the owner, Thomas Lord, had set up clubs in two other locations in north London before moving it to St John’s Wood. A contemporary landmark is visible to the southeast of the park; the ​‘Diorama’ or London Colosseum. The Colosseum was purpose-built to house an enormous panoramic painting of London created by the artist Thomas Hornor, and had added a sculpture gallery by the time the present map was created.

Little is known of the surveyor, George Oakley Lucas; he produced another parish map of Paddington (Kain and Oliver, TQ 261819), one of Hurstborne Tarrant in Hampshire (SU 365550) and a work on the use of the slide rule.

Rare: Only one institutional example known, at the BL 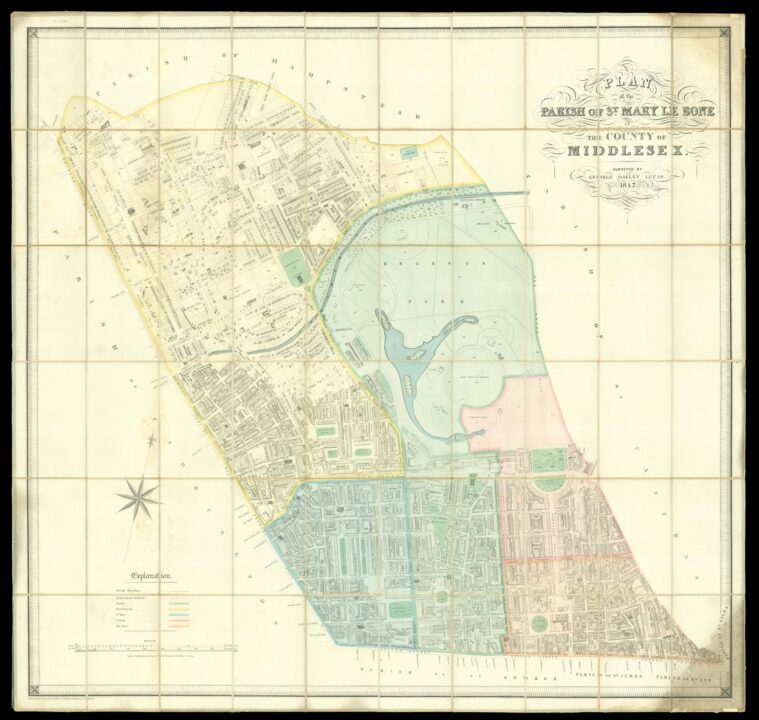