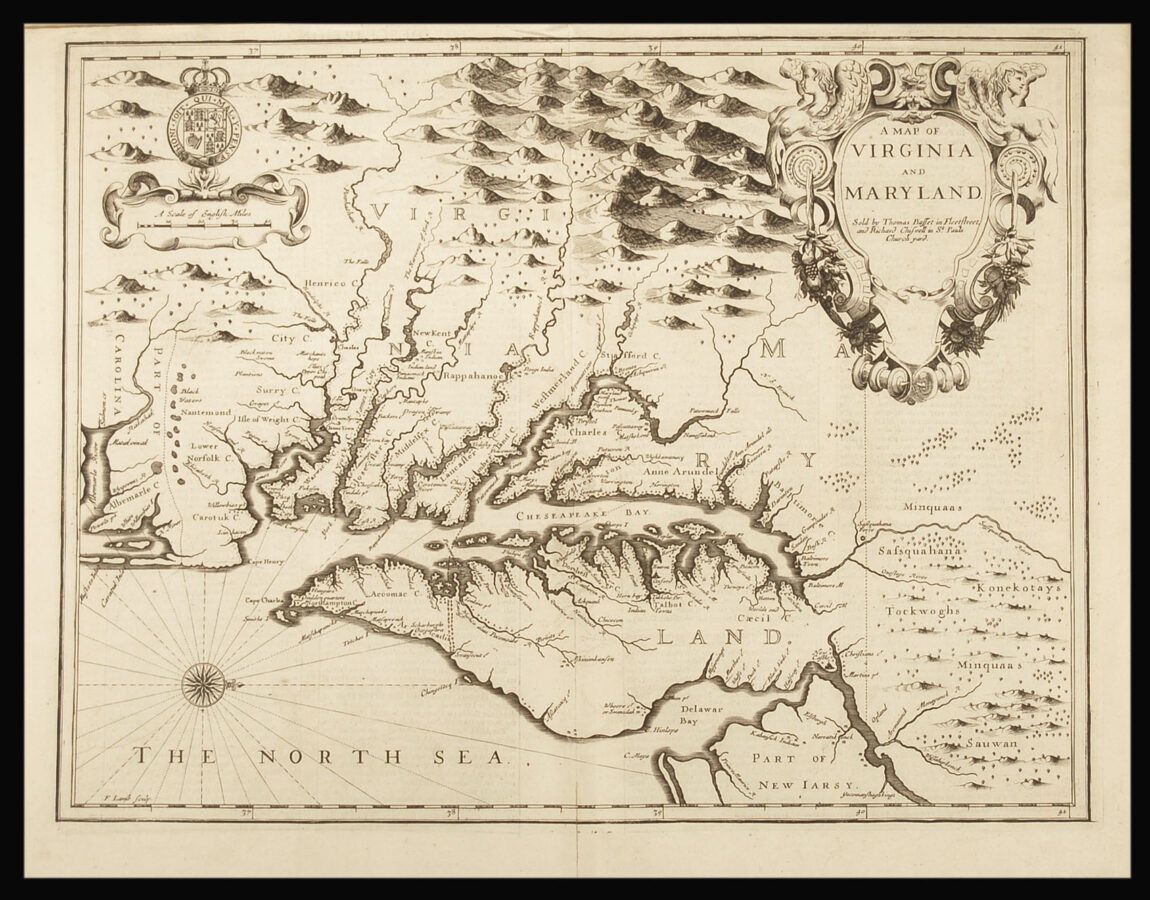 A Map of Virginia and Maryland.

A fine and attractive map of Virginia and Maryland.

Publishers Thomas Bassett and Richard Chiswell republished English cartographer John Speed’s (1552–1629) popular 1611 atlas, ​“The Theatre of the Empire of Great Britain,” in 1676. As a supplement, they included new section, ​“A Prospect of the most Famous parts of the World,” which contained maps of the English colonies of New England, Virginia, and Maryland. The Maryland and Virginia map was the ninth (and last) derived from John Smith’s 1612 map of the region. Smith’s map was widely copied and remained the most accurate map of the Chesapeake until Augustine Herrman’s 1673 representation of the region. The text on the verso is condensed from John Ogilby’s ​“America”.

Francis Lamb’s original work combined two earlier maps. He retained Smith’s original orientation (West is at the top—offering the land from the perspective of a ship sailing from England) and incorporated Hermann’s geographical details into his own. This map has been repeatedly, and incorrectly, attributed to Speed because it first appeared in the major re-publication of his earlier work. By 1676, Speed had been dead for 47 years.