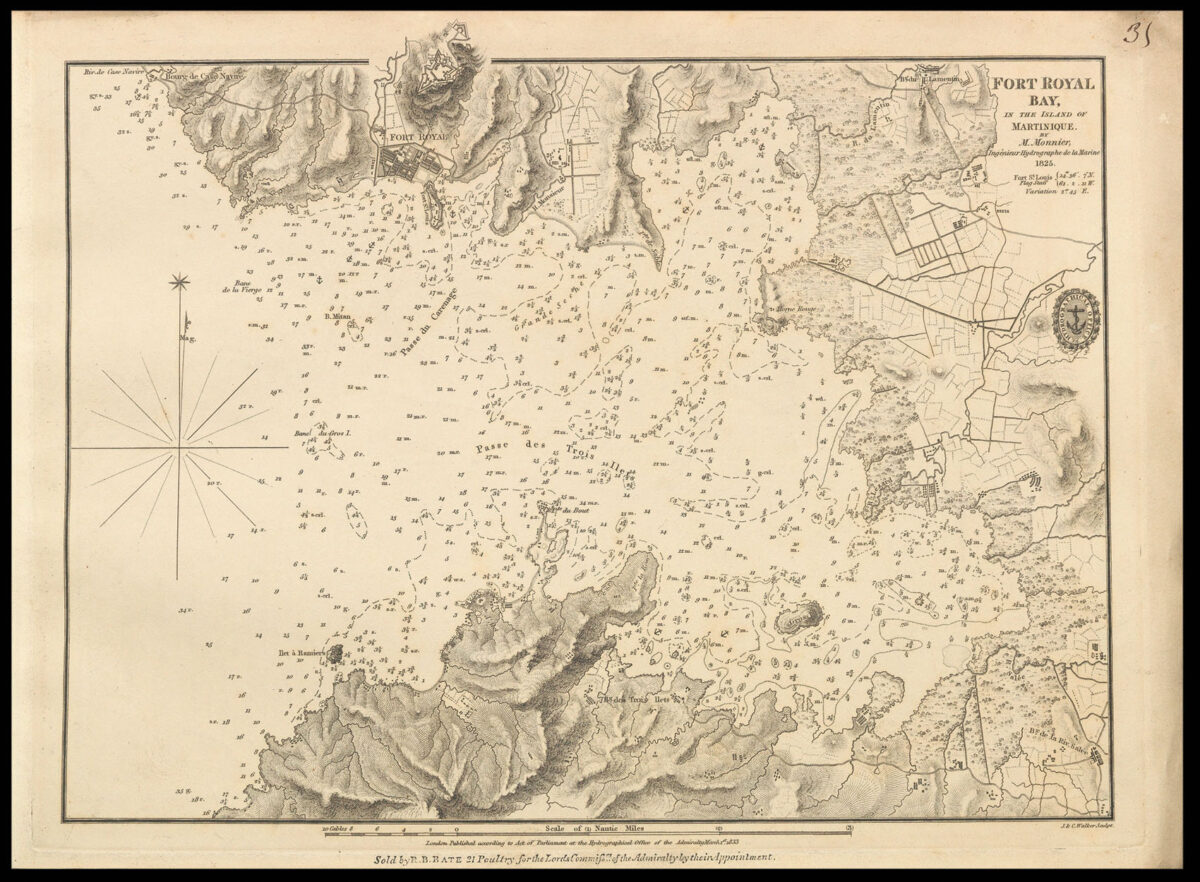 The survey was carried out by M. Monnier, a surveyor for the French Navy Admiralty.