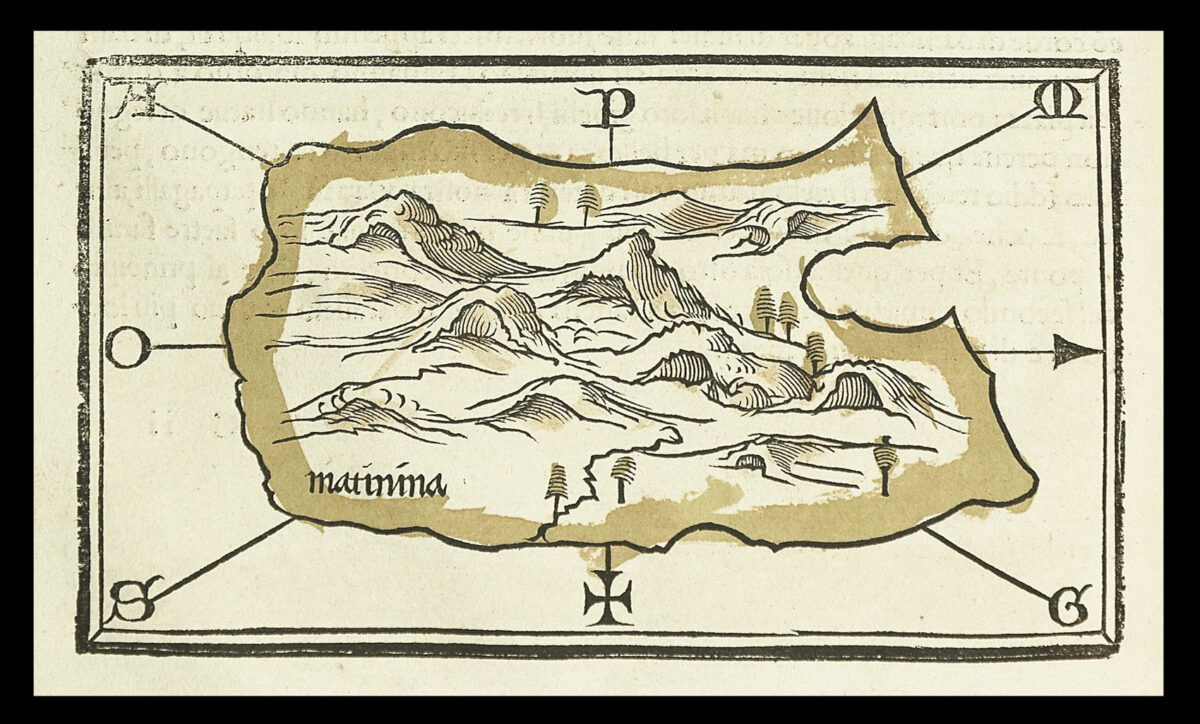 Showing the island of Martinique.

“This is Frat Row”