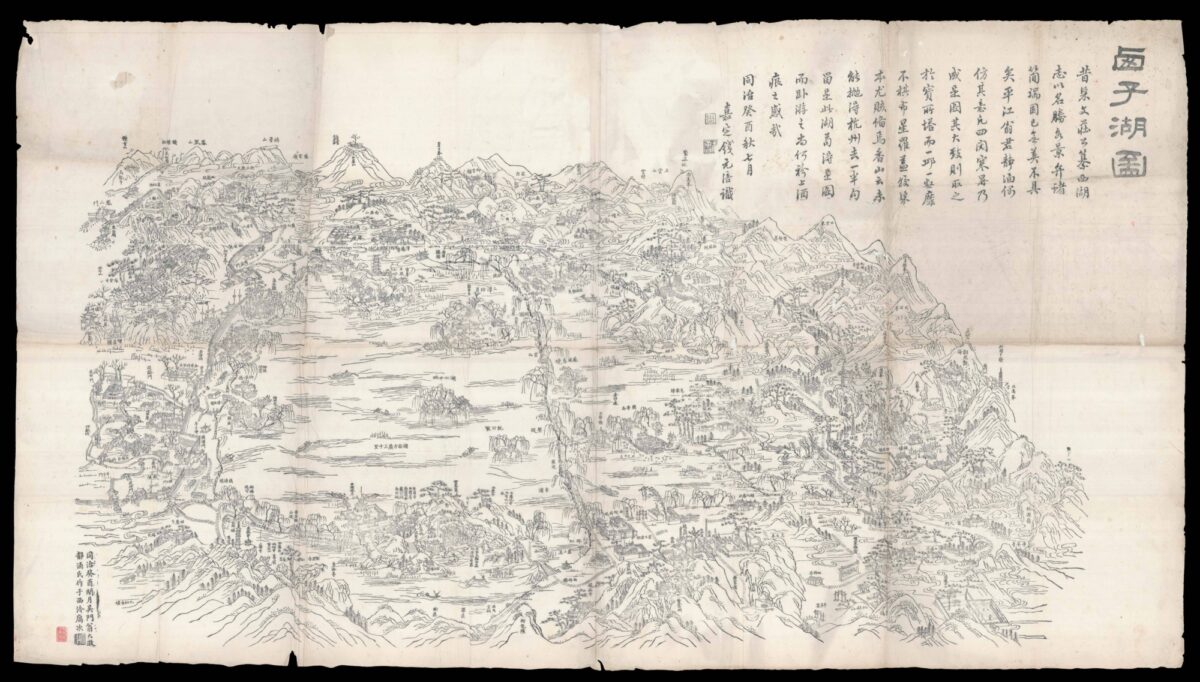 Map of the West Lake (Hangzhou)

Inscription at the top right by Qian Yuanpei 钱元涪 (date unknown), a descendent of 钱大昭 (1744–1813), a prominent scholar of the school of Han Learning, the most influential political party in the Qing dynasty. It describes an incident after Weng Dacheng had read Liang Wen Zhuanggong’s diary of West Lake, where he strolled through the mountains, while drinking wine and singing along the way.

The West Lake has influenced poets and painters throughout Chinese history for its natural beauty and historic relics, and it has also been among the most important sources of inspiration for Chinese garden designers. It was made a UNESCO World Heritage Site in 2011, described as having ​“influenced garden design in the rest of China as well as Japan and Korea over the centuries” and reflecting ​“an idealized fusion between humans and nature”.