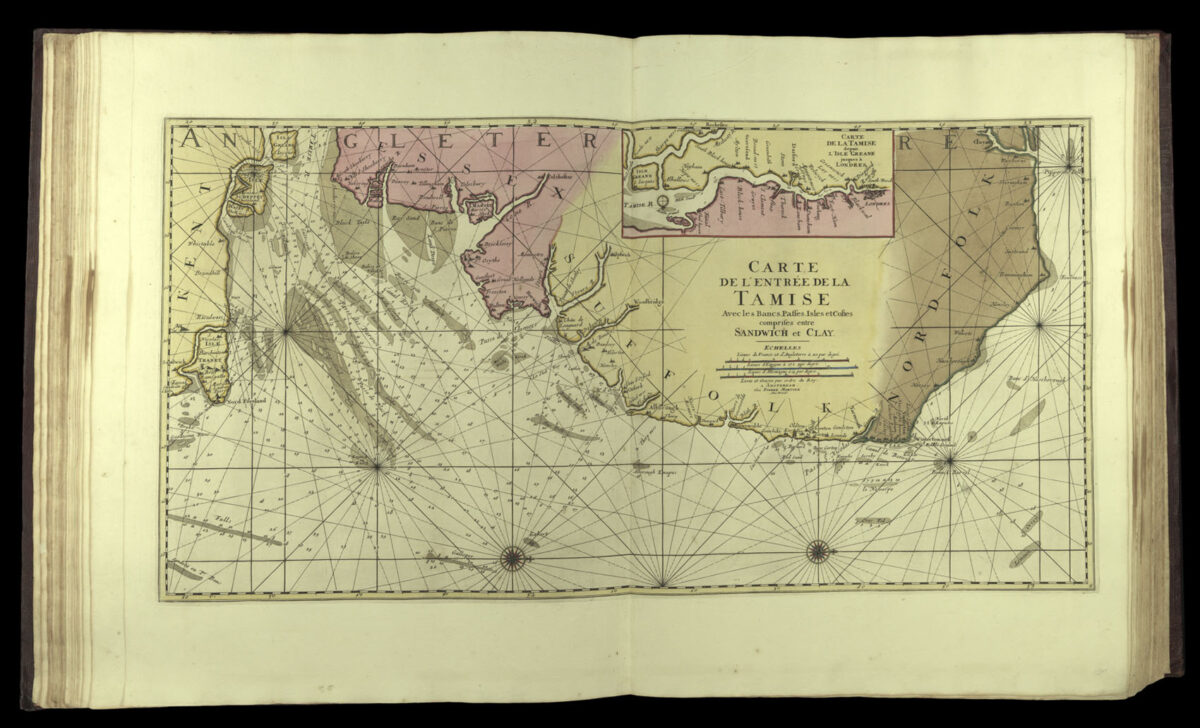 Map of the east coast of England

A map of the east coast of England between Kent and Norfolk, with an inset map of London and the River Thames.