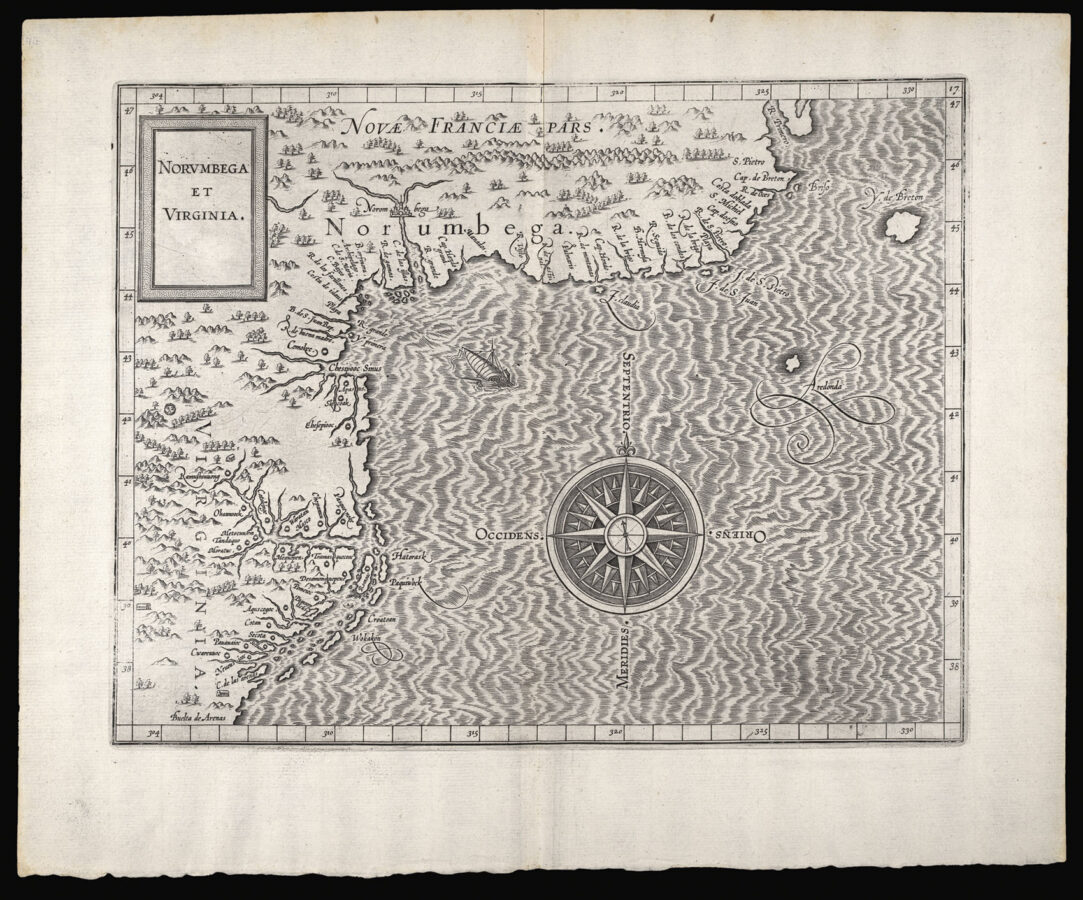 Map of the East Coast, from ​“the first atlas of America”

The first edition of Wytfliet’s map depicting the northeastern coast of North America from Virginia to Cape Breton in New France. ​“This was the most accurate map of the east coast until de Laet (1630), and only the second to use Virginia in the title.… NORVMBEGA, used at first to delineate a large area and a mythical city, later came to be seen to represent the area of Penobscot River in present day Maine” (Burden 103). Despite it’s relative accuracy when compared with earlier maps of the region, Wytfliet follows his predecessors De Jode and Gastaldi in placing the Chesapeake Bay too far to the north, at the latitude of Southern Maine.

Wytfliet’s ​‘Descriptionis Ptolemaicae Augmentum’ was, as the title suggests, marketed as a supplement to Ptolemy’s ​‘Geographia.’ Its text was based on the writings of Ramusio, Hakluyt, de Bry, Acosta and others. The work was evidently popular as two further Latin editions appeared in 1598 and 1603.