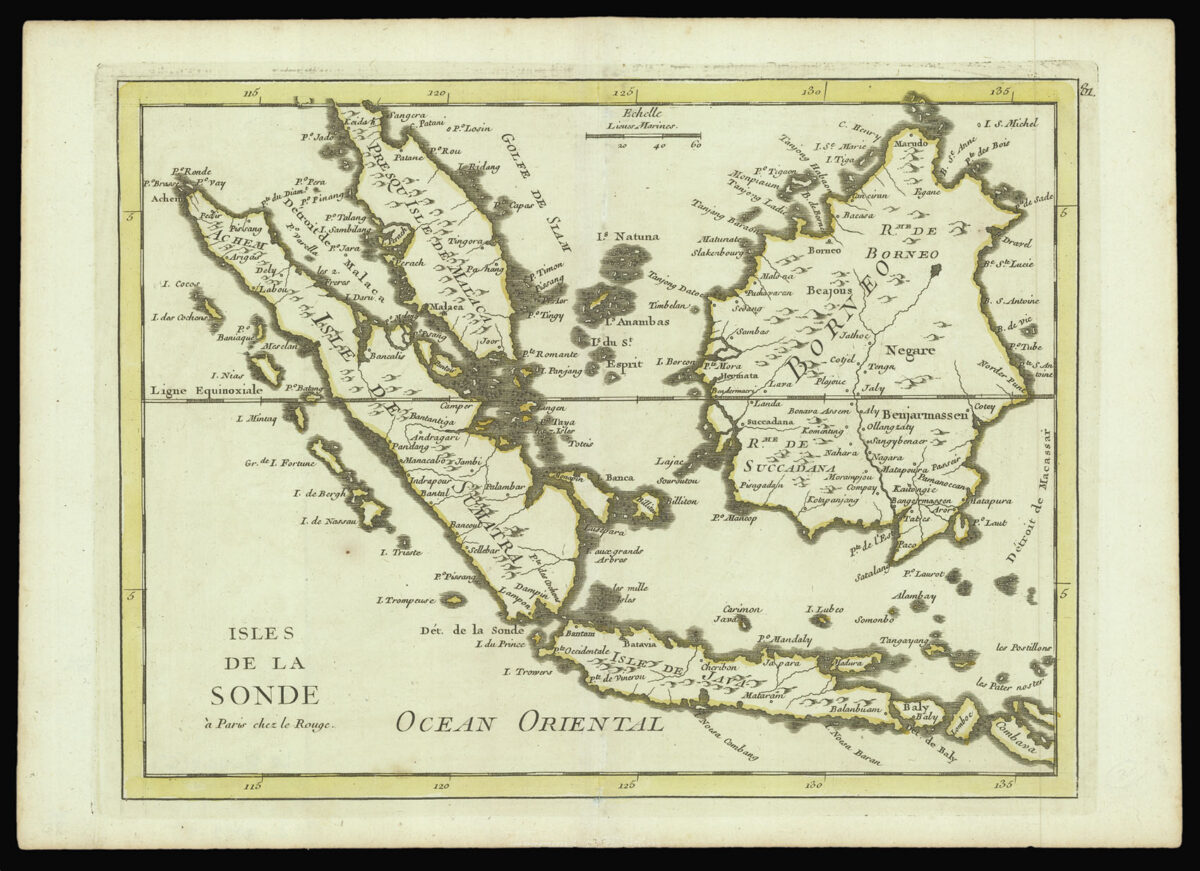 Map of Singapore, the Molucques, Java and Borneo

A map of Indonesia and the Sunda Strait from George Le Rouge’s ​‘Atlas nouveau’.

Le Rouge (c1707-1793/94) was probably the son of French architect Louis Remy de La Fosse, who supervised his education and raised him to be an engineer and architect. He began his cartographical career in the 1730s, becoming ​‘ingenieur geographe du Roi’ and settling in Paris in 1736. In spite of publishing a number of important maps, mostly after the original work of others, and paid for by wealthy patrons, or public funds. Le Rouge barely maintained himself, and supplemented his income by working as a military engineer and landscape designer.