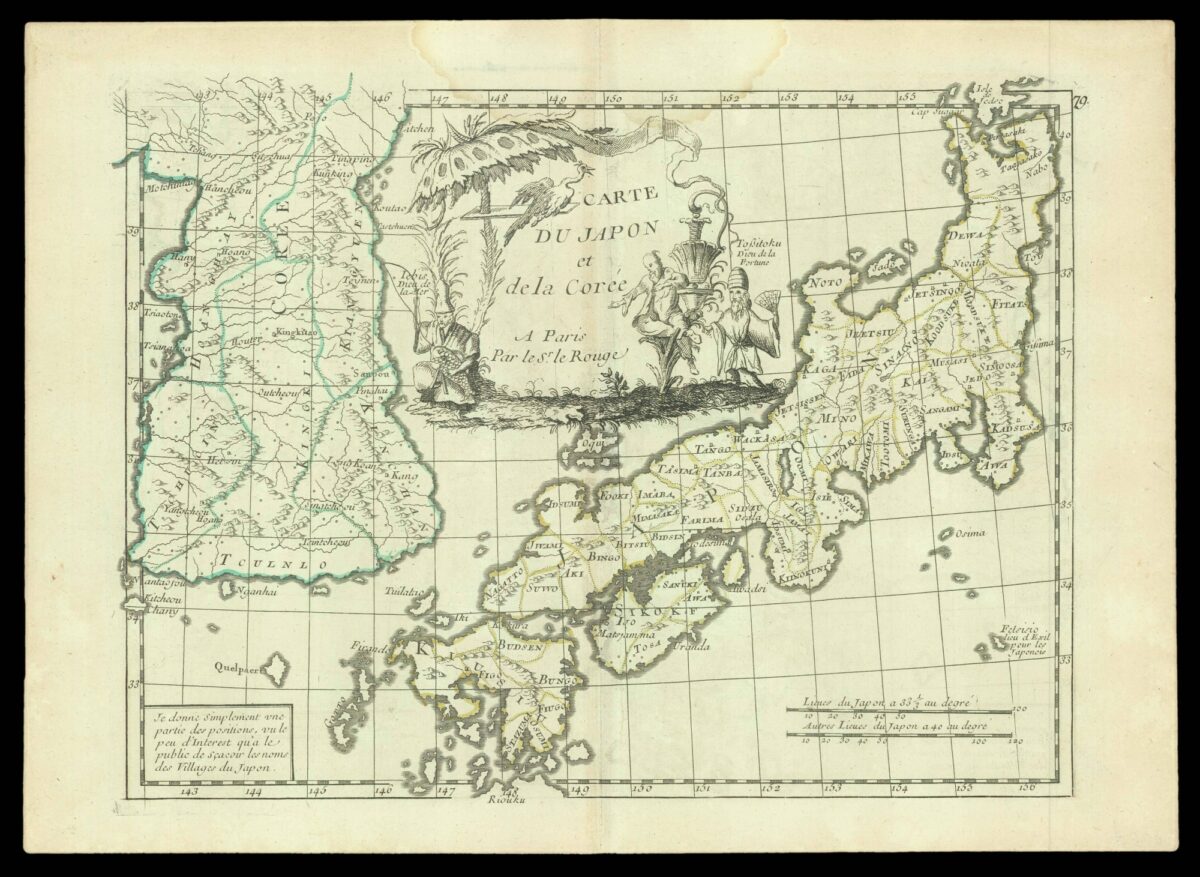 Map of Japan and Korea by Le Rouge

First state of the map, published in Le Rouge’s ​‘Atlas Nouveau Portatif a l’Usage des Militaires, Colleges et du Voyageur…’, 1748. Hubbard reports that Le Rouge borrowed the profile of the main island of Japan from his own map of ​‘L’Asie Suivant les Dern.res Obser.ons des Moscovites’ published in 1747, which in turn was borrowed from Guillaume De L’Isle’s map. The text, lower left, explains that Le Rouge has shown only a few locations on the map, as there is little interest in the names of villages in Japan. Only the very southern portion of the ​‘Isle de Jedso’ (Hokkaido) is shown.

Le Rouge (c1707-1793/94) was probably the son of French architect Louis Remy de La Fosse, who supervised his education and raised him to be an engineer and architect. He began his cartographical career in the 1730s, becoming ​‘ingenieur geographe du Roi’ and settling in Paris in 1736. In spite of publishing a number of important maps, mostly after the original work of others, and paid for by wealthy patrons, or public funds. Le Rouge barely maintained himself, and supplemented his income by working as a military engineer and landscape designer.