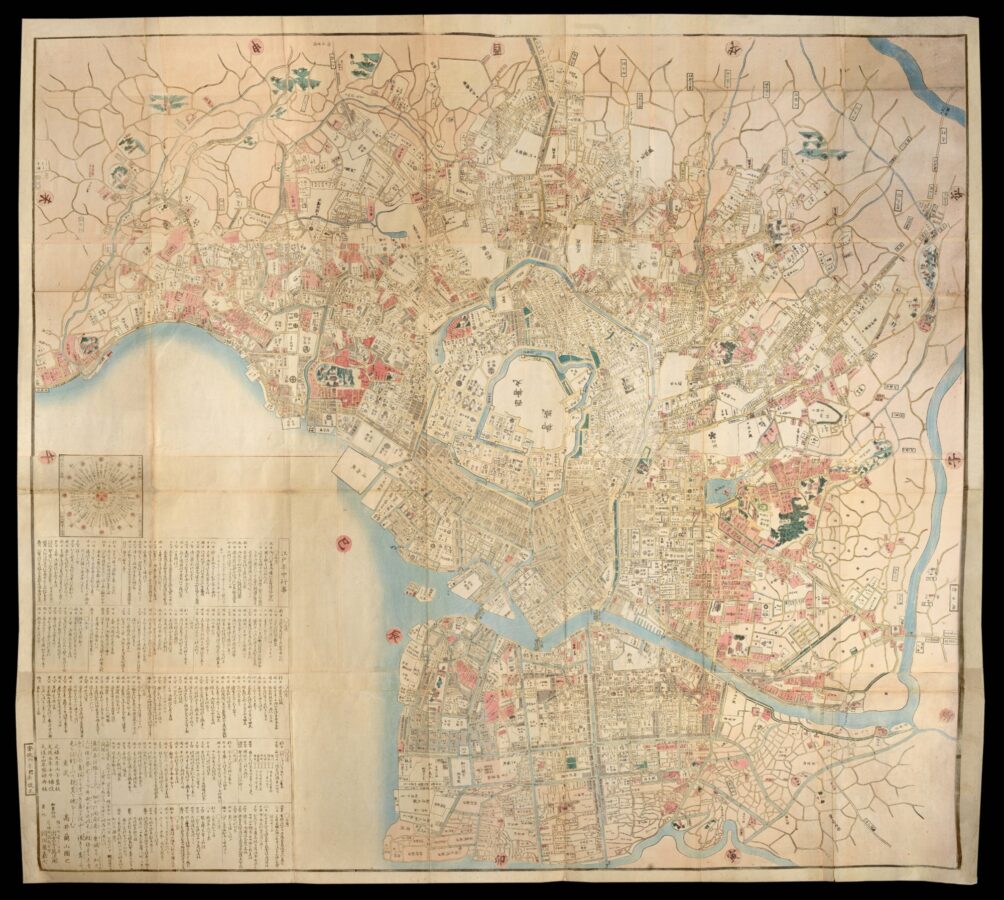 A large detailed cadastral map of Edo [Tokyo], showing landowners, main temples and shrines and other points of interest depicted pictorially in relief.

During the end of the Edo Period, Rangaku, or ​“Dutch Learning,” dominated Japanese art and science. This map exemplifies the union of Japanese traditional printmaking and Dutch cartography. The latter half of the Edo Period is known as the Bakumatsu Era, when traditional feudal authorities resisted the increasing western influence, creating a tense social division. It represents the historical, social and political characteristics of the Bakumatsu era. At the center of Edo, present-day Tokyo, marks the head of state and the Japanese legal authority. Within the central living quarters, there is a Western circle called nishinomaru. The royal living quarters are surrounded by a group of mansions, called the daimyo-koji, or ​“warlord ally.” The relationship between spatial orientation and hierarchy is very clear, as all of the surrounding structures face the center.

North is oriented to the right.