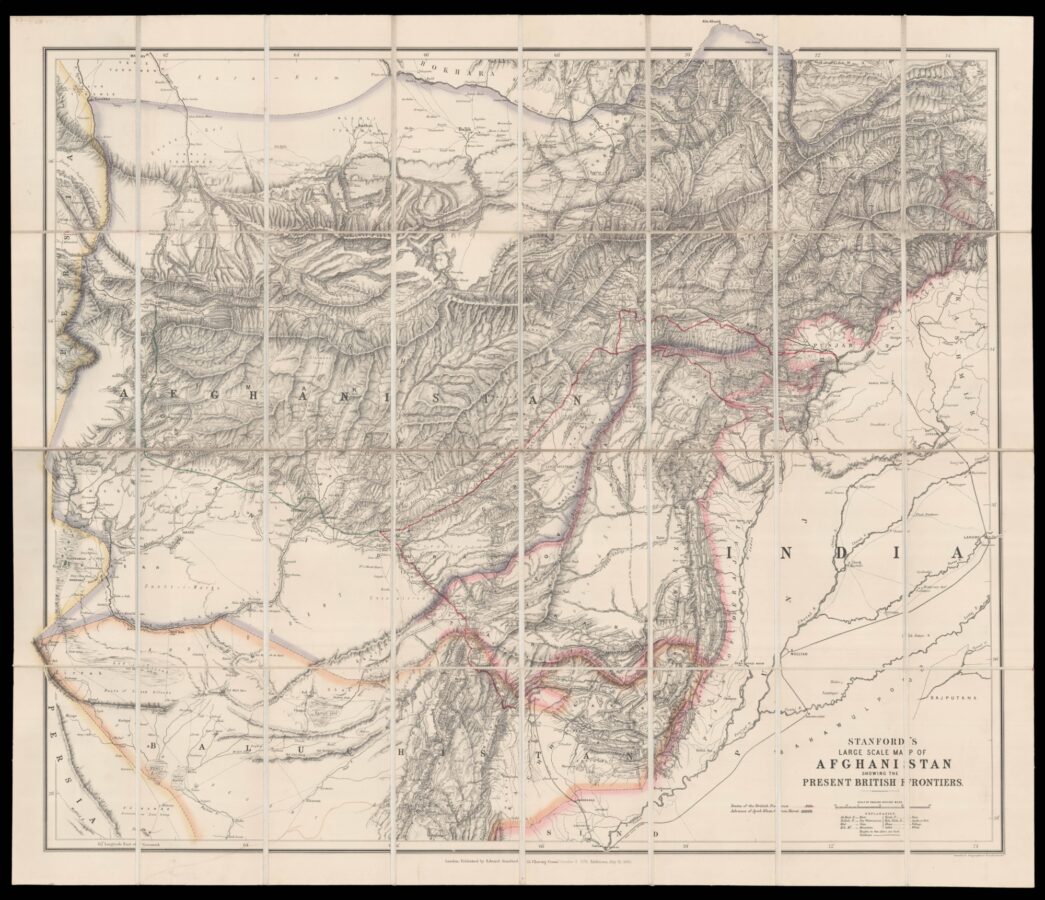 Map of Afghanistan during the Second Anglo-Afghan War

Stanford’s map of Afghanistan, showing the border between Afghanistan and British India following the treaty of Gandamark.

The Treaty of Gandamak officially ended the first phase of the Second Anglo-Afghan War. Mohammad Yaqub Khan ceded various frontier areas to Britain while retaining full sovereignty over Afghanistan. It was signed on 26 May 1879 by King Mohammad Yaqub Khan of Afghanistan and Sir Louis Cavagnari of British’s Government of India at a British army camp near the village of Gandamak, about 70 miles east of Kabul. The treaty was ratified by Lord Edward Robert Bulwer Lytton, Viceroy of India, on 30 May 1879.

The map also marks the routes of the British forces led by General Roberts, who in July 1880, led a column of British and India troops to relieve the British forces besieged in Kandahar; and also that of Ayub Khan, from Kabul to Kandahar, who had previously defeated the British at the battle of Maiwand.