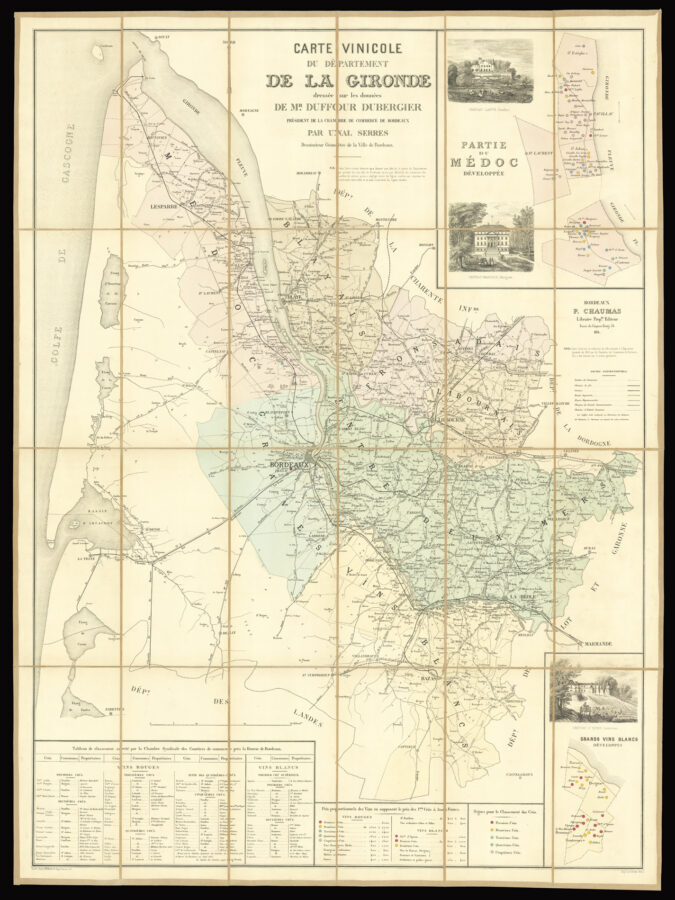 Rare we are unable to trace any institutional example of the present edition. The British Library has a 1856 (first?) edition and one dated 1868. Upon inspection of these two maps, housed within the the British Library reveals that the 1856 edition is approximately ten centimeters wider than the later edition. The present map conforms with the 1868 printing.