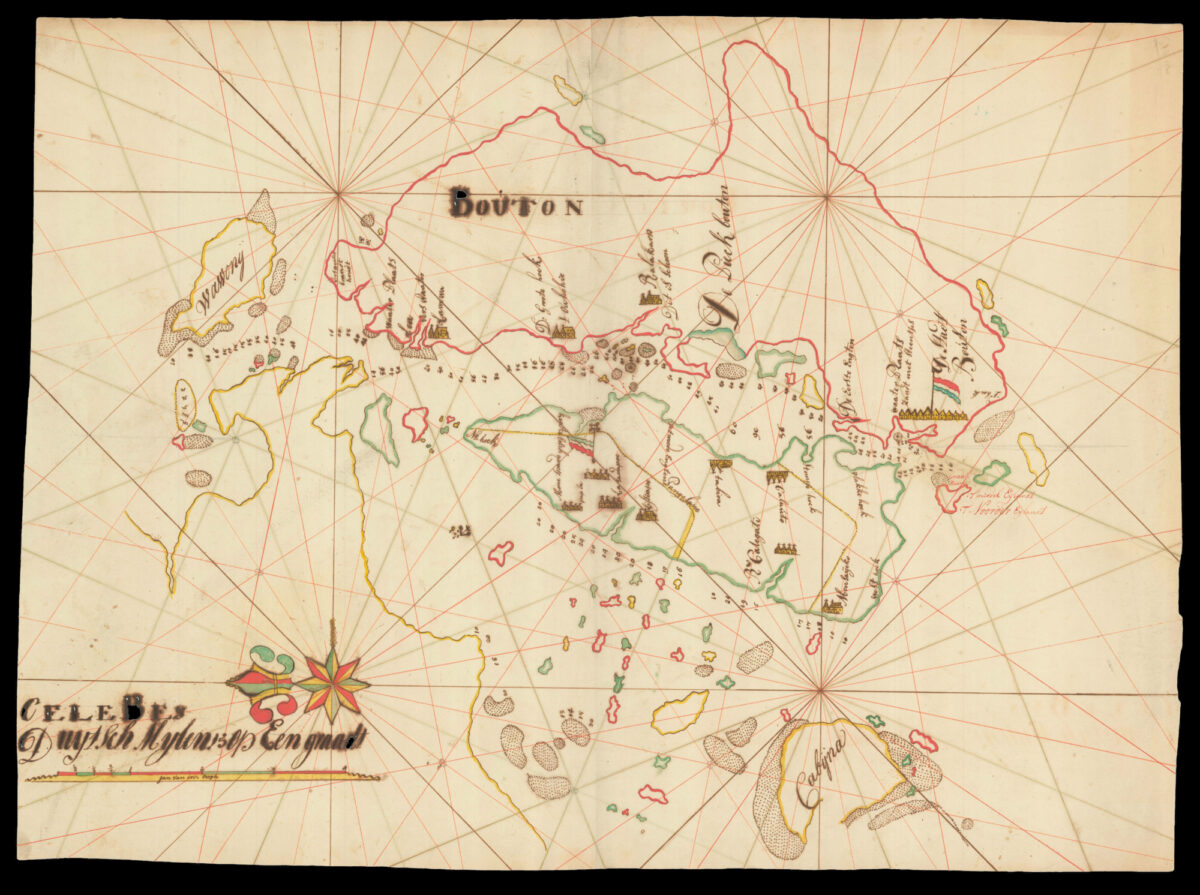 Buton was a strategic island on the route from Java and Makassar, in southern Sulawesi, to the Spice Islands. In 1613 the Sultanate of Buton entered into a contract with the VOC, in which the sultan La Elangi sought support for independence from the Sultanates of Makassar and Ternate. By 1669 the VOC had subjugated those Sultanates and Buton remained a relatively independent kingdom. However, the area was investigated by many interested parties, and the British Library holds a number of manuscript charts of the area dating from 1680. This large-scale, and very detailed chart, of the southern coast of present-day Sulawesi and the islands of Wowoni, Buton, Muna, and eastern Kabaena, shows the numerous Dutch settlements on Buton and Muna, and frequent soundings in the straits between the islands.
In terms of printed charts, Bergh’s cartography closely follows that expressed by Francois Valentyn in the large, but small-scale, inset to his chart ​‘De Landvoogdy der Moluccos, met de aangrenzende Eylanden’, from ​‘Oud en Nieuw Oost-Indien, vervattende een Naaukeurige en Uitvoerige Verhandelinge van Nederlands Mogentheyd in die Gewesten’ (1724–1726), based on his own travels in the area and previously unpublished VOC charts and information. Louis Antoine de Bougainville (1729–1811), published the results of his survey in 1769, covering the same area, but with less detail. The cartography of Bergh’s chart is almost identical to the inset ​‘Isles de Bouton et Pangesane’, on Jan Barend Elwe’s four-sheet map of 1792, ​‘Partie de la Nouvelle Grande Carte des Indes Orientales’.
Campbell records that ​“Johannes van Bergen arrived in Batavia from his native Rotterdam in 1742 and worked as a draughtsman in the period (1744–6)” (Campbell p. 43, no. 149). One Jan van den Bergh (1587–1660) was a Dutch painter of some note and a friend of Rubens; although it is unlikely he and this cartographer are one and the same person.
The chart is drawn on Dutch paper with a watermark that dates to about 1733. It bears hand-drawn rhumb lines, and so pre-dates the measures, such as pre-printed compass lines, implemented later to minimize copying errors. 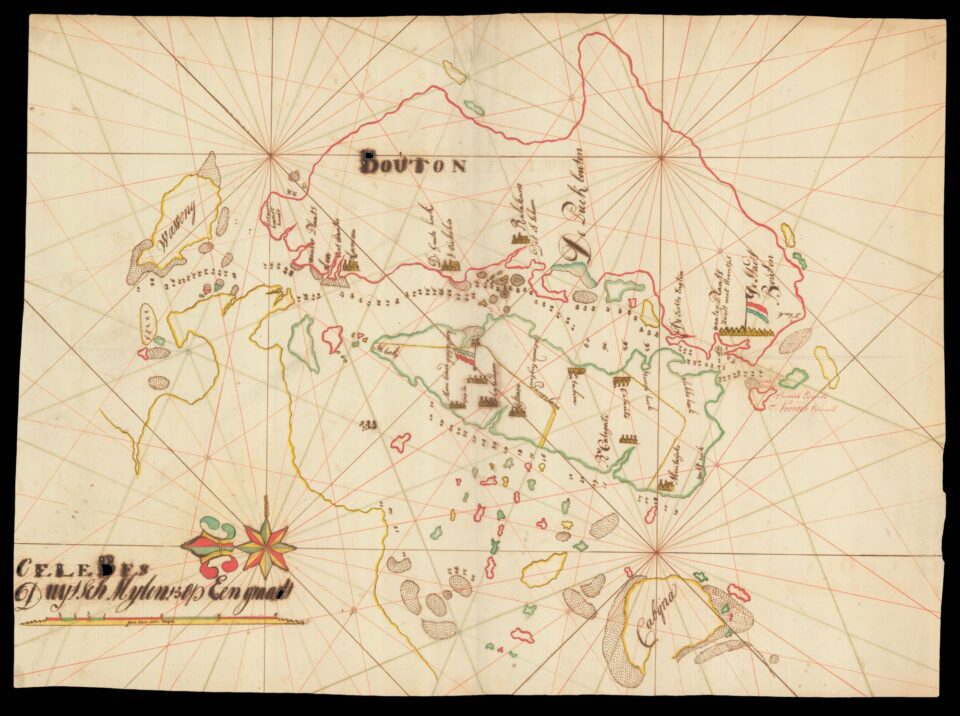