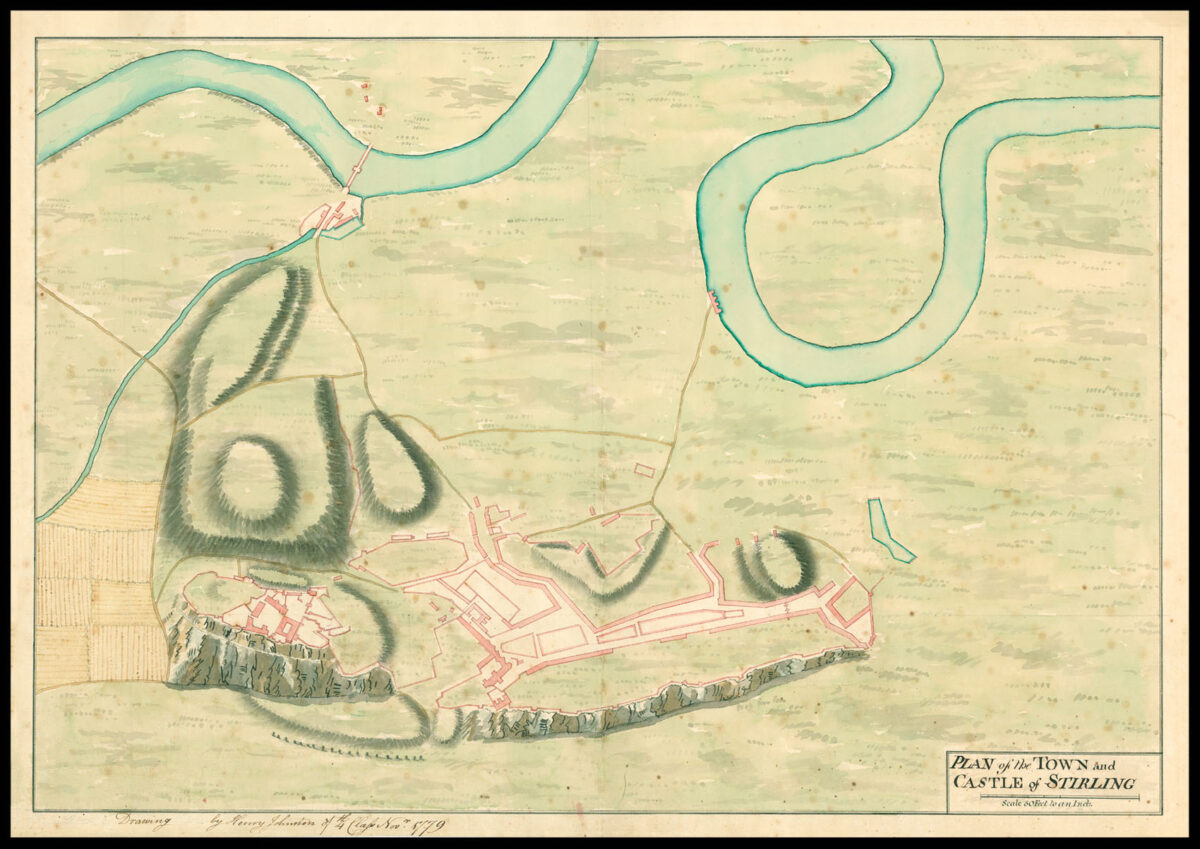 Plan of the Town and City of Stirling.

Manuscript map of Stirling. The style combines birds-eye abstraction to represent streets and buildings with perspective views of the topography. Stirling Castle was a stronghold of the Scottish monarchy, most famously the home of Mary Queen of Scots when she nursed and married Lord Darnley and where her son James VI was raised. In the century in which this map was made, Stirling had become an important tactical location of the Jacobite Risings. In 1746 Bonnie Prince Charlie took the town but failed to capture the castle. His army blew up the Church of St Ninian’s as they retreated, and the ruined spire is still visible today.

The castle and the distinctive mound it is built on is visible at the lower left of the plan. The thick ring of fortifications were added and reinforced over the eighteenth century after successive attempts to take the castle, and a powder magazine and cannon were installed in the grounds. The pink square with a white rectangular space within is the Royal Palace itself, the first Renaissance palace in Britain and the work of James V. The rectangular buildings forming a square to its left are the Great Hall, Royal Chapel and the King’s Old Building.