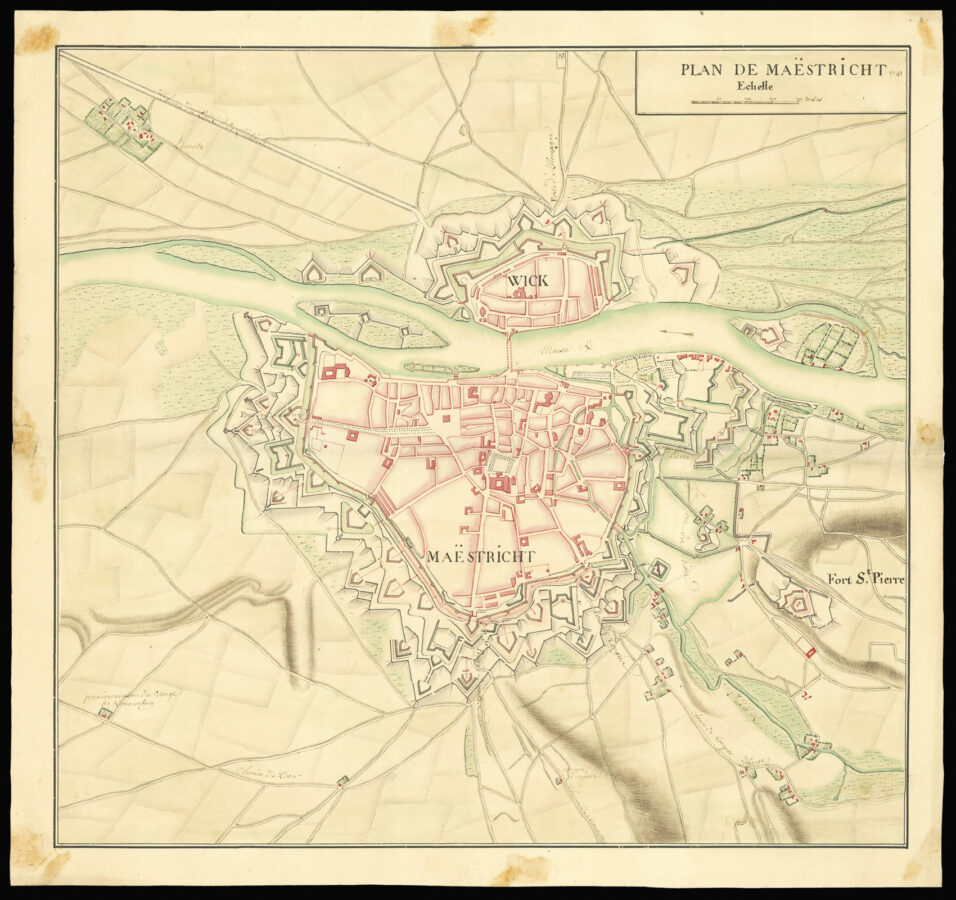 The plan depicts the fortified Maastricht and Wick during the siege of 1748. The main roads around the city are named.

The siege took place between April and May 1748. Under the command of Maurice de Saxe, the French besieged and captured the Dutch barrier fortress of Maastricht in the final months of the campaign in the Low Countries. After a relatively long siege the garrison of Maastricht capitulated and marched out with the honours of war.