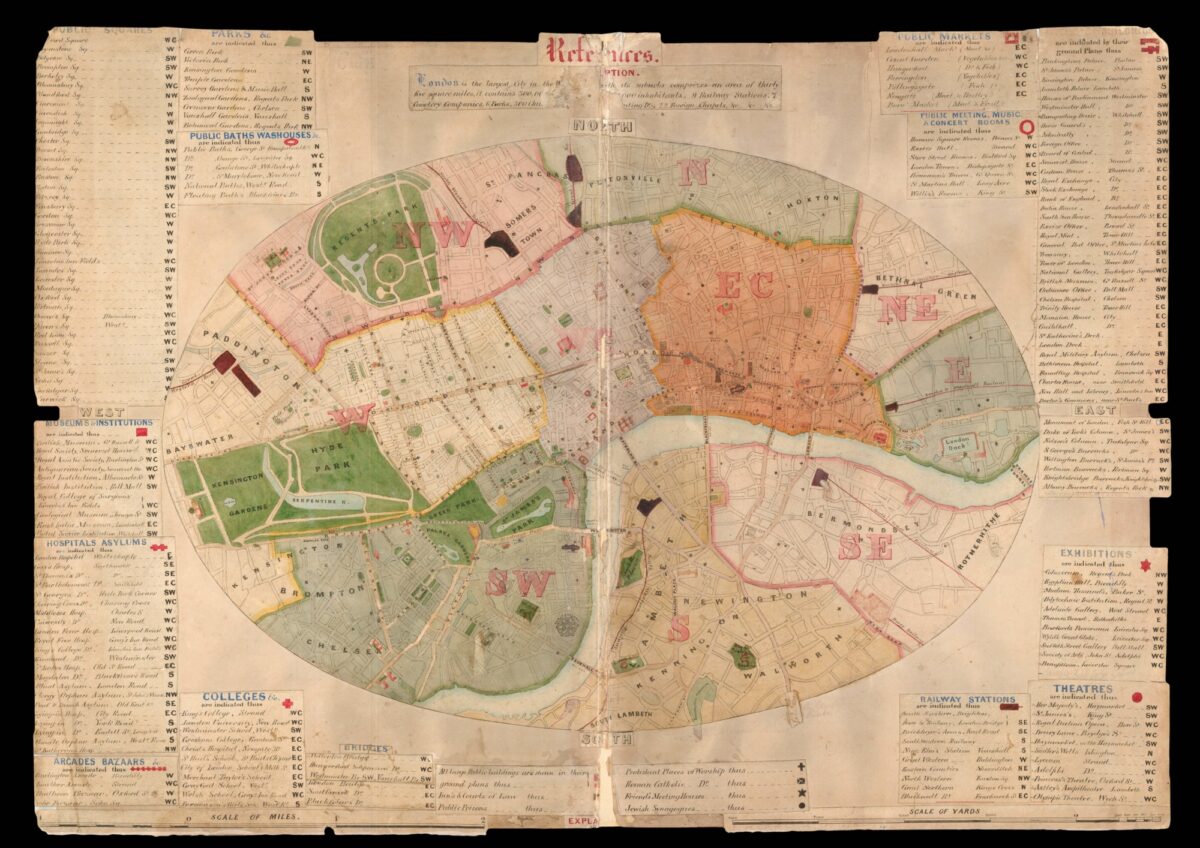 The oval plan stretches from Kensington Palace in the west to Rotherhithe in the east, and from St Pancras in the north to Walworth in the south.

Above the centre of the plan is a brief description of the City:

All though the plan is not dated, a date can be ascertained from the marking of post codes first introduced in 1858, and the marking of James Wyld’s Great Globe in Leicester Square, which would be demolished in 1862.

Manuscript plans of London on this scale are highly unusual. We are unable to trace another similar example appearing on the market since the Second World War.