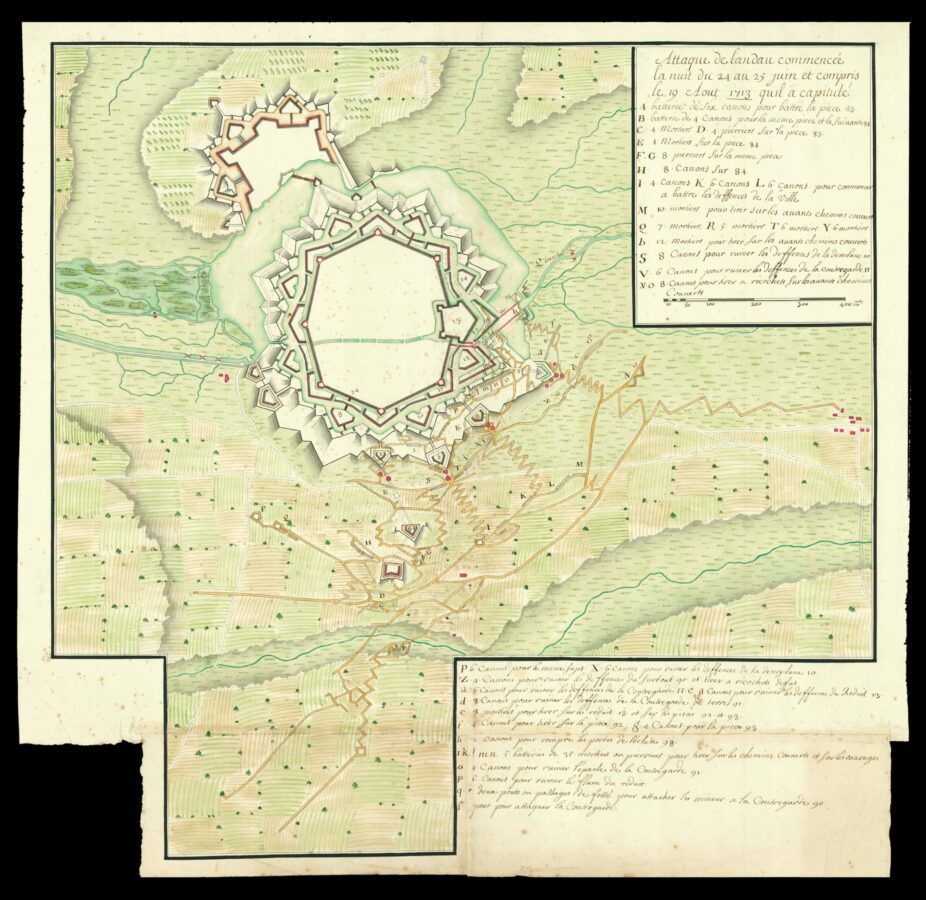 Highly finished, and skilled engineering plan of the siege of the fortress town of Landau, in the German Palatinate.

Landau passed into French control under the terms of the Treaty of Westphalia (1648), which ended the Thirty Years’ War. In 1688, Louis XIV ordered Sébastien Le Prestre, marquis de Vauban, one of the most brilliant military engineers in history, to construct new defences for the town, constructed between 1688 and 1691.

During the War of the Spanish Succession, Landau was besieged (and captured) four times; changing hands in 1702, 1703 and 1704, as the fortunes of war ebbed and flowed. Finally, in 1713, the pace was besieged by the French and recaptured, remaining in their hands until the end of the war, their possession subsequently confirmed in the Treaty of Utrecht.

This decorative manuscript plan, which highlights the defences of the places, as well as the siege works constructed by the besiegers, is typical of the high standard of plans created by French military engineers in the eighteenth century.